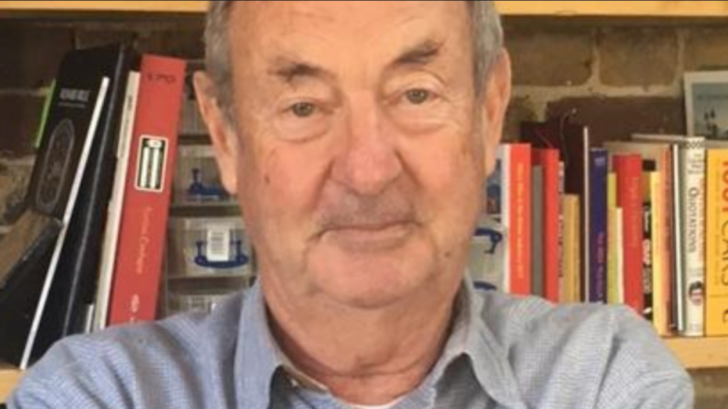 Mason Gives Up On Reunion Possibility

Pink Floyd have not been seen together onstage since their one off reunion at Live 8 in 2005.

To be fair, a lot’s happened since then; Richard Wright died in 2008 after a battle with cancer, and Roger Waters and David Gilmour still don’t get along – at least not well enough to work together in Pink Floyd ever again. Drummer Nick Mason has his own thing going musically; last year he announced his new band, Nick Mason’s Saucerful of Secrets, and right now they’re gearing up to hit the road in only two weeks’ time for a 25 date run of the United States and Canada.

Once the last holdout for the possibility of one last Pink Floyd reunion, Mason has officially given up on the matter after two decades of wishing, hoping, and waiting.

“Finally, even I gave up,” Mason told AZ Central. “After 20-something years, I was absolutely tired of waiting for the phone to ring with Roger or David going, ‘C’mon guys, let’s get the band back together.’ I thought, ‘Forget that. It’s not gonna happen.’ I really got to the point where I thought I could never work again.”

Tick…tock…tick…tock… Just two weeks to go. We can't wait to resume touring, playing across the US and Canada in…

Posted by Saucerful Of Secrets on Tuesday, February 26, 2019

The last time anyone saw Gilmour, 72, and Waters, 75, together onstage was in 2011, when Gilmour came out to play “Comfortably Numb” at London’s O2 Arena with Waters.

Before that, it was a small set at a UK benefit show for Palestinian children; before that, the famed Live 8 reunion in 2005. For a moment, it looked like the frosty tensions between the two were finally starting to thaw after more than two decades – but the feud resumed when in 2014, Gilmour cut The Endless River in tribute to late friend and bandmate Richard Wright and didn’t invite Waters to participate in the event.

Now, it appears that the door on a Pink Floyd reunion really and truly has shut – but don’t think that’s the end of them musically, not by a long shot.

While they’ll never appear together as Pink Floyd again, you can still catch Roger, David, and Nick on the road with their respective solo projects and new bands and despite the tension between Roger and David, they both remain close to Nick after all these years, supporting his creative endeavors and in Roger’s case, “threatening” to come visit for a jam or two.

“Roger threatened to come down and play some time. I think one day David might do the same. He lent me loads of equipment that we needed to go out. So they were both great, actually.”