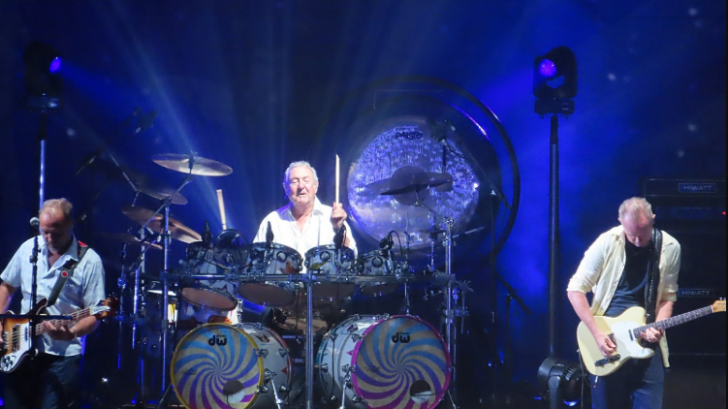 Nick Mason’s band, Saucerful of Secrets released a video of a 2019 performance of the Pink Floyd’s classic, “Astronomy Domine,” which will be included in their upcoming package “Live At The Roundhouse.”

The track first appeared as the group’s opening song for their debut, “The Piper At The Gates Of Dawn.”

“Live At The Roundhouse” showcased Mason’s outfit in the concert at the legendary London venue last year during the band’s first tour delivering music that had been rarely featured or performed in Pink Floyd’s live shows during the early days.

The drummer started the project in 2018 which highlights vintage pre-Dark Side Of The Moon era material.

Originally scheduled to be released last spring, “Live At The Roundhouse” and now rescheduled to a September 18 release, due to the current pandemic situation.

Nick Mason’s Saucerful Of Secrets
“Live At The Roundhouse”

Release date: September 18
Beginnings
Interstellar Overdrive
Astronomy Domine
Lucifer Sam
Fearless
Obscured By Clouds
When You’re In
Remember A Day
Arnold Layne
Vegetable Man
If
Atom Heart Mother
The Nile Song
Green Is The Colour
Let There Be More Light
Childhood’s End
Set The Controls For The Heart Of The Sun
See Emily Play
Bike
One Of These Days
A Saucerful Of Secrets
Point Me At The Sky