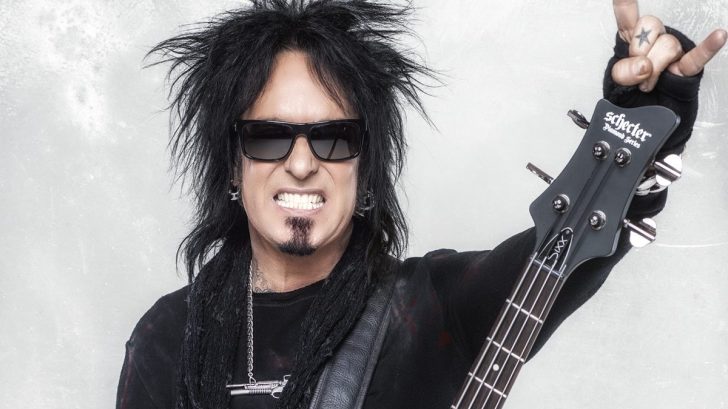 Looking Forward To This!

Back in mid-September, Nikki Sixx confirmed that the band was busy recording four new tracks for the film “The Dirt – Confessions Of The World’s Most Notorious Rock Band.” This is an adaptation of MÖTLEY CRÜE’s autobiography and it was picked up by Netflix.

“You can trust us these are ball-busters. Everybody can relax. We’re soon gonna smack you upside the head with some killer new tracks. Bob Rock is producing. It’s our movie. We know what we’re doing.” – Nikki Sixx

A month later, it looks like Nikki’s bursting with excitement over their new material as he took to Twitter to tease fans further. He wrote:

“F*** can I just say it? I’m listening to the roughs of the new @MotleyCrue and it feels real and raw. Everybody is playing like mad and the songs crush. Bob Rock brought the sounds. Plus we have a surprise that will confirm that we’re outta our minds.”

We gotta admit, his excitement is contagious. We don’t really know for sure what the “surprise” is but we bet it has something to do with the new songs or the biopic itself. Work for this movie actually began almost a decade ago back in 2006 but there were several problems along the way. Production began again after Netflix took over.

There’s no release date yet but actors playing as the band members have already been chosen – Machine Gun Kelly as Tommy Lee, Douglas Booth as Nikki Sixx, Daniel Webber as Vince Neil, and Iwan Rheon as Mick Mars.

MÖTLEY CRÜE’s autobiography gave them their next big hit but this time, it wasn’t on a Billboard chart. Instead, they scored it big as a New York Times best-seller. Their tell-all felt like the reader was walking in their shoes. It was a “no holds barred” moment for everyone in the group. We got to read about the good, the bad and the ugly about being one of the greatest rock acts of all time.

So, are you excited about the movie and the tracks?