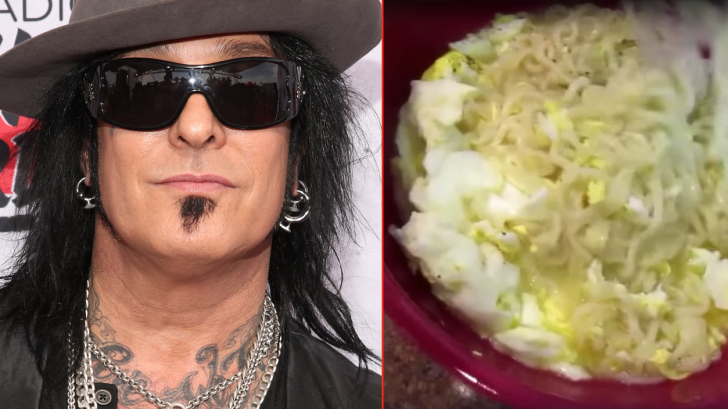 If you stay up late at night cruising Twitter these days, you’re likely to run into Nikki Sixx. With only weeks to go until Mötley Crüe’s long awaited biopic The Dirt is released worldwide and endless amounts of press conferences to wade through until then, Nikki can’t help but be too excited to sleep.

He also can’t help but marvel at how far his life has come.

Thanks to a lifetime of hard work both on himself and his career, Nikki Sixx is lightyears away from the young, struggling musician he started out as and when one fan took to Twitter during a late night Q&A to ask him about his favorite late night snack, we got the chance to go back down memory lane with Nikki as he looked back on those lean early days.

Turns out, his favorite late night snack is Top Ramen with eggs, a throwback to when he was young, struggling, and just needed to go to sleep and wake up with a full belly.

When young and struggling I would steal Ramon noodles and a few eggs from the store. Throw them all in a pot and you got food for a few days. I like to revisit it sometimes. Actually awesome https://t.co/g7wg1Evs1Q

“When young and struggling I would steal Ramon [sic] noodles and a few eggs from the store. Throw them all in a pot and you got food for a few days,” Nikki shared.

In case you’re wondering what that looks like, it’s not like the traditional Ramen you’d find in a restaurant. Here’s a pretty basic look at how to make ramen with eggs:

How To Make It:

Now of course, Nikki has been tremendously blessed to find success in music, film and writing so he can eat pretty much anything he wants these days. But that doesn’t stop him from going back to his favorite late night snack every once in a while.

“I like to revisit it sometimes. Actually awesome,” he promises.

What do you think – have you ever eaten ramen with eggs and if so, is it as awesome as Nikki says it is?