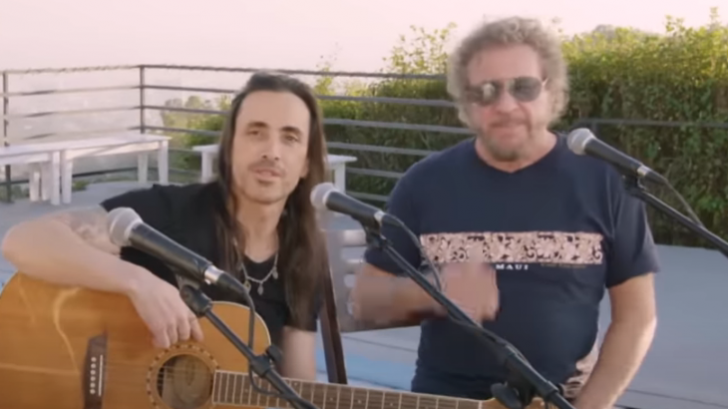 Gary Cherone and Nuno Bettencourt from Extreme make an appearance on the popular AXS TV program “Rock & Roll Road Trip with Sammy Hagar.” Gary talks about going to a Van Halen tryout in this episode They all join together to deliver a rendition of The Who’s “Won’t Get Fooled Again.”

Hagar informs ABC Audio that one of the main reasons he wished Cherone on Rock & Roll Road Trip was to confront him regarding his brief three-year stint with Van Halen.

“I was really interested in Gary giving us some insight to how he got the gig replacing me in Van Halen,” Sammy explains. “And the fact that it didn’t work very well for him or for the band.”

Cherone, according to Hagar, said he was a little perplexed by how Eddie and Alex Van Halen handled him.