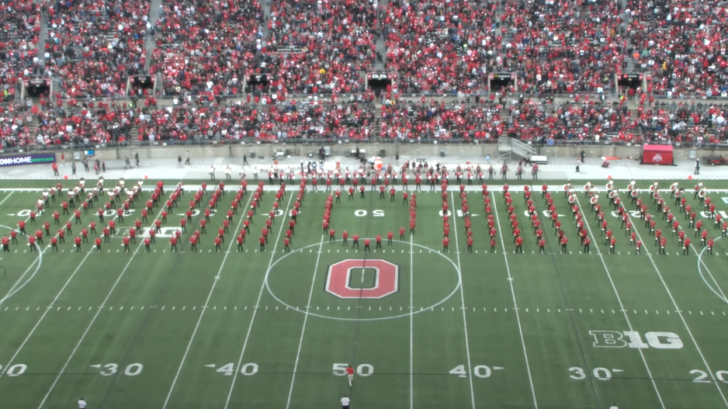 On Saturday, April 16, the Ohio State Athletic Band paid homage to Van Halen during their annual halftime performance at Ohio Stadium in Columba.

A crowd of 60,000 saw the eight-minute performance, which included renditions of “Runnin’ With the Devil,” “Dreams,” “Panama,” and “Jump.” The Ohio State Scarlet offense defeated the Ohio State Gray defense 34-26.

Every semester, the band has between 250 and 300 performers and rehearses multiple times a week, with smaller groups of players chosen for various types of performances.

“Unlike the Marching Band, the Athletic Band includes all brass, woodwind and percussion instruments,” the website reads. “Athletic Band is an open-enrollment ensemble, meaning anyone is welcome to participate. … Among the highlights of the Athletic Band are marching full pregame and halftime shows at the annual Spring Game, performing Script Ohio on Ice at one hockey game per semester and performing Script Ohio on court during a spring-semester basketball game.”