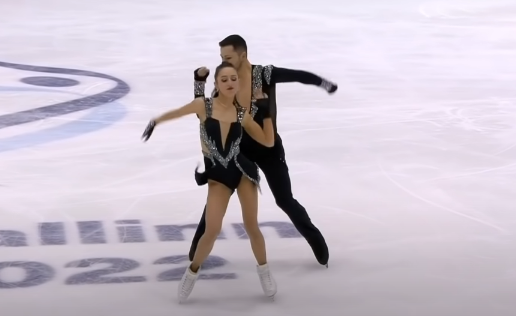 Figure skating is one of the fan-favorite sports at the Winter Olympics for its combination of artistry and athleticism.

There’s nothing like figure skating at the Olympics, or in sport in general: athletes seeking a balance between artistry and athleticism…on ice. The sport made its debut at the London 1908 Summer Olympics but officially joined the winter program in 1924.

At the Beijing 2022 Games, and for the third consecutive edition, figure skating had the men’s and women’s individual categories, pairs, ice dance, and a team event.

All categories have great attractions, but Lilah Fear & Lewis Gibson, save their best performance for last: the world contender in pairs figure skating to the KISS classic “I Was Made for Loving You,” and as it intensifies it switched to “Rock and Roll All Nite,” giving them a rocking beat.