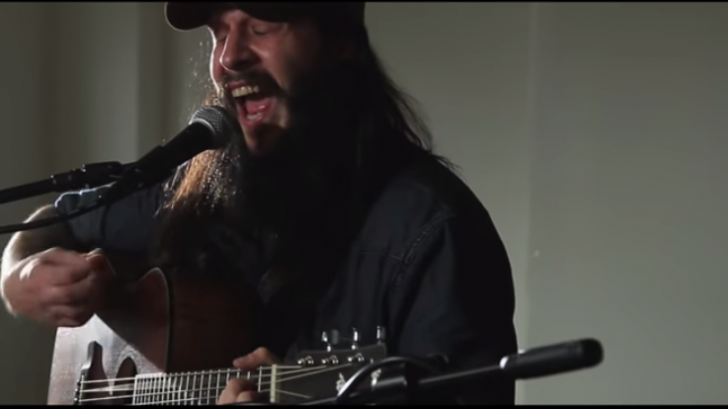 The Voice of The Beast

There are thousands of Iron Maiden covers out there. All of them are hellish. Especially after you listen to Shawn James unleash his voice and guitar for “Number of The Beast.” The song is stripped down and gets even grittier. You can hear every one of James’ baritone tinged words clearly. He re-makes the song like a monster, and sounds like one too.

The video is a bit ominous and dark. Just perfect. His voice does all the production work. Sitting in a room with his guitar and an insane vocal range, James commands the entire track. Iron Maiden had released the song on the identically named album in 1982 and charted a metal jam at #3 in the UK.

What Shawn James has done is take a classic heavy metal song and not just cover it, but make it his own. The original and the re-make of the song are starkly different. Both are just insane. This is really a gem. You can hear heavy blues and it works. Iron Maiden’s bass player, Steve Harris wrote the song.

He says, ” Basically, this song is about a dream. It’s not about devil worship.”

Front man, Bruce Dickinson, has a much higher-pitched vocal range, which is obviously flawless. Yet, Shawn James, brings the song down much lower, vocally and emotionally. Kind of feels like you are being pulled down into a nightmare. His ambitious attempt was ultimately successful. The cover is a talent-packed, goosebump filled, power ballad.

Shawn is from the south side of Chicago and is a musician who’s music is a, “blend of blues, (his) folk & soul music contrasts dark and light, anger and joy, gritty and authentic,” per his Facebook. Check him out here —> Shawn James