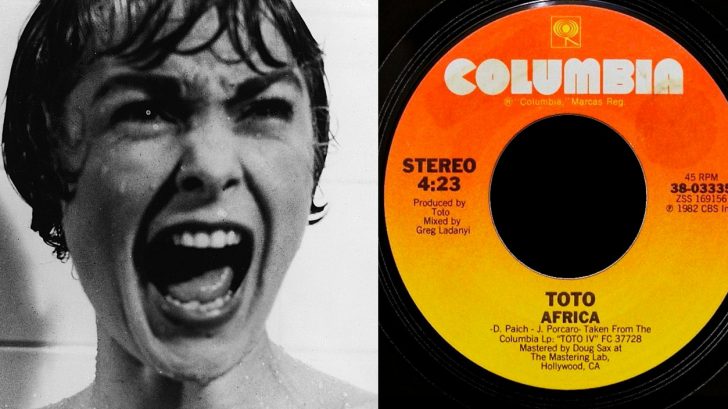 Listen At Your Own Risk

It’s hard to believe, but a seemingly innocent studio tweak has turned Toto’s enduring 1982 classic “Africa” into the stuff of nightmares. Honestly – one of the 1,960 YouTube comments calls this version, uploaded by user Pluffnub “intellectual destruction” and after forcing ourselves to suffer through all 5 stressful minutes of it, it’s easy to see why.

The track starts and it’s “Africa” as you remember it: slick, smooth, almost bubbly in its pop driven sound. There’s about 30 seconds of the usual instrumental lead up to the vocals – and that’s where things begin to go wrong.

Here’s the original to remind you what it should sound like:

Pluffnub, who at this point we can classify as ‘Chaotic Evil,’ tweaks the vocal portion of “Africa” so that it’s not only slightly off key compared to the instrumental portion, but off beat in a major way. Suddenly David Paich isn’t taking us on a leisurely stroll through his favorite continent; it’s an awkward, stumbling trip through nightmares that makes you a little uncomfortable for reasons you can’t quite pinpoint.

We’re not the only ones who were stressed out by Pluffnub’s edit. YouTubers flocked to the comment section in droves, leaving comments that Pluffnub actually pinned to the top of the page for all to see:

Dislikes aside, Pluffnub’s video seems to be doing well; at the time of this writing, it’s amassed over 24,000 likes and just over 900 dislikes. Whether that’s people getting a kick out of sharing this with the people they love as a form of modern day trolling or finding themselves unable to resist the pull of something so bizarre, we’ll never know. One thing is clear, though.

We’re not in Africa anymore, Toto.