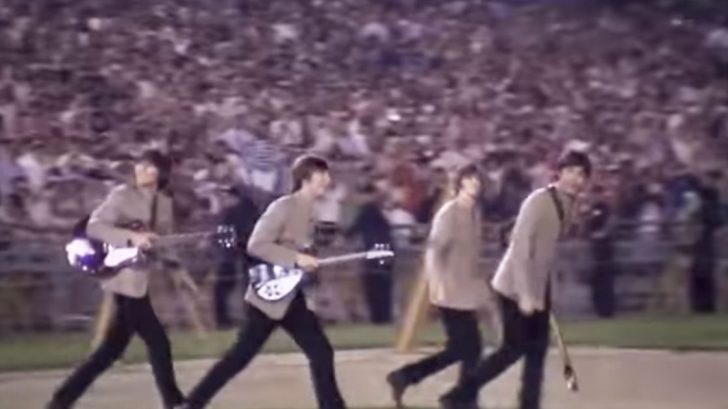 Not sure if people realize how famous The Beatles actually were. This is a group that changed the music world. With their long hair, electric instruments, and rock n’ roll, they will forever go down in history as one of the greatest bands in history. Period. With that being said, comes along the prize of fame. Here in this HD remastered color footage, The Beatles take on Shea Stadium back in 1965 to perform some of their hit songs.

This is probably one of their most memorable and well, important performances of all time. It was this concert that really helped them make a push into the U.S. alongside with their Ed Sullivan TV appearance. But this moment was magical. With tens and tens of thousands screaming fans, it’s almost unreal how popular they really were.

In a few interviews about this particular concert, they go on to say that they barely even heard themselves, it was so loud.