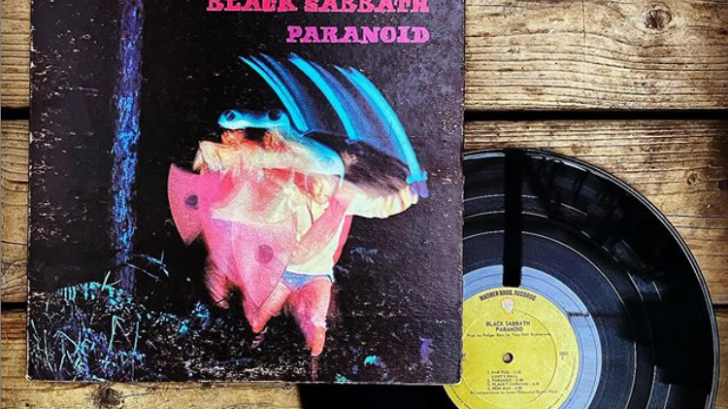 The 1970s produced a classic musical connection from the rebelliousness of the 1960s and the festive tunes that are characteristic of the 1980s. After the counterculture of the 60s and the 70s produced a trend of “Guitar-Driven” Rock Albums.

This was the style that proceeded on the legacy of the 1960s but with a further upbeat and tougher style. Heavy guitar riffs and more intensity helped to drive those who were still disconcerted about the status quo in the 1970s. Below Our 5 Picks Of “Guitar-Driven” Rock Albums Released In The 1970s’:

It was 1973 when Lynyrd Skynyrd released their debut album. Produced by the mythical Al Kooper, this work reaches very high heights in the history of southern rock. Driven by the Allman Brothers Band, Lynyrd Skynyrd insists on the southern tradition as a vindication of a way of life exposed in rock. Ronnie Van Zant and George Rossington, singer and guitarist respectively, are the composers of almost all the songs on the LP, achieving a more than the successful debut, if not perfect.

This is a good first album, very technical compared to other things of the time. There is this group full of energy that is going to eat it all. From the mythical Eruption, through classics such as the simple and effective Ain’t Talkin ‘ ‘Bout Love, the great version of You Really Got Me by the Kinks, or that On Fire that ends the album leaving you wanting more.

It was obvious, the critics hated Black Sabbath. However, that did not stop the group’s popularity from gradually rising. Despite the negative reviews, Black Sabbath (the album) garnered a notable success on the UK charts that gave them enough credit to get down to business with the next one. Four months after the release of their debut, they already started recording their second piece and, three months later, they released it under the name Paranoid. Although it seemed like a somewhat rushed process, the band were not intimidated and showed they were in a state of grace.

Inspired by their former singer, Syd Barret, who had his mental health shaken by drugs, the band embarked seriously on the human mind. The most controversial themes were on The Dark Side Of The Moon. The concepts that enslave and define the human being: time, money, greed; as well as topics like madness and drugs. The band took the English society and showed its rotten as a way of exemplifying the rotten of the human being, they were shouting screamingly at the mediocre way of life of the society.

Led Zeppelin IV is a conceptual amalgamation of the band’s ideas at the time. Here we have parts of the reflective and daring style of the composition together with a mixed musicality of blues and strong metal, seen in Led Zeppelin (1969); the extreme conceptual and execution strength close to heavy metal in its beginnings of Led Zeppelin II (also from 1969) and the folk and the acoustic tendency of Led Zeppelin III (1970), all in one place, even if we consider them undercover.