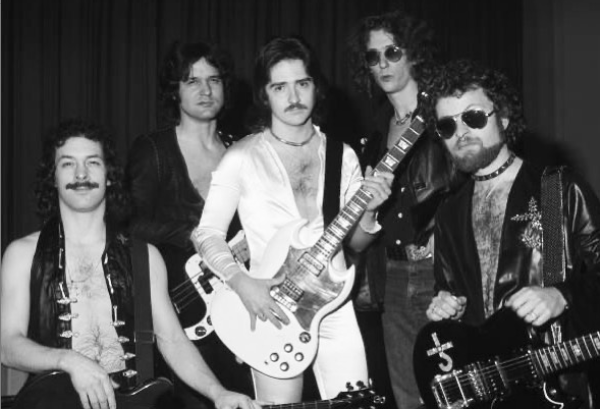 One of the greatest rock and roll acts in classic rock history, Blue Oyster Cult emerged from Long Island, New York, a place where some of the great rock bands were born.

The first four years of Blue Oyster Cult have given us five albums under their label, Columbia Records. At the time, their fan base was limited in numbers, but it all changed when they release their 1976 album Agents Of Fortune. From the album, they’ve managed to get the biggest hit of their career with the song, “Don’t Fear the Reaper.”

The track was released on their 1983 album The Revolution By Night. It was the opening track for the record which featured the vocals of Eric Bloom who collaborated with the great Aldo Nova to compose such a masterpiece.

6. Cities On Flame With Rock And Roll

A track similar to Cream’s sound – it was one of their earliest recordings under their label, Columbia Records. Released in 1971 on their debut album entitled Blue Oyster Cult. “Cities On Flame With Rock and Roll,” was the only single on their debut which featured Albert Bouchard on vocals.

The opening track for the album Cultösaurus Erectus which was released in 1980. At the time, the band was enjoying their massive success and able to co-headline with Black Sabbath, called the Black and Blue Tour. The songwriting was credited by Eric Bloom in collaboration with Michael Moorcock, a science fiction writer.

A great track from the classic Agents of Fortune album — which became the concert favorite for years for Blue Oyster Cult fans. It was written by Donald Roeser who collaborated with the album’s producer Sandy Pearlman featuring Eric Bloom on lead vocals.

The track is all about the mood and groove and definitely the coolest songs to come out of the early 1980s. Released in 1981 on the Fire of Unknown Origin album and reached Number 1 on the United States Billboard Rock Tracks Chart.

A monster song with a MONSTER RIFFS. It has the most famous riff that the band ever produced on a song. Blue Oyster Cult’s “Godzilla, is definitely a monster track. It was released on their Spectres album which was a follow-up to their Agents of Fortune. The song was written by Donald Roeser and also sang lead vocal on the song.

Blue Oyster Cult’s biggest hit. Well, we can’t argue with this song coming in at Number 1 on our 7 Track Playlist. The song was one of the most iconic and recognizable songs ever release in the classic rock era. Buck Dharmer sang the lead vocals on the song.