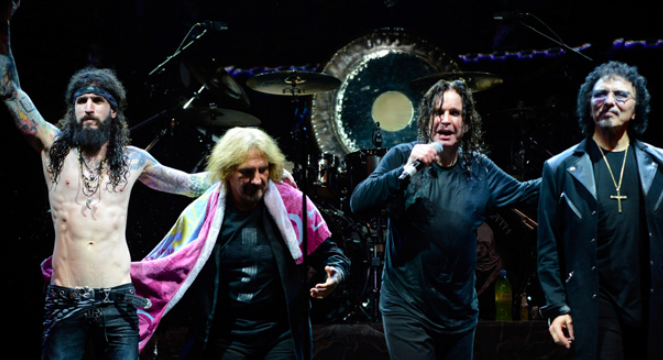 Although Black Sabbath has been retired since they finished their tour “The End” in Birmingham last February 2017, Ozzy Osbourne has recently revealed that he would like Black Sabbath to come back to Birmingham to play the 2022 Commonwealth Games. Birmingham, England is the city where the band formed in 1968 so the place holds very dear to them.

When asked by ITV News if he would consider playing the opening ceremony of the Games after his current farewell tour closes out, Ozzy replied

“Yeah, that would be fantastic. With Black Sabbath or on my own.”  (see video below to watch his response)

Tony Iommi also teases said reunion when he told Planet Rock last year that the band hasn’t “ruled anything out apart from me not wanting to tour anymore on that scale, but who knows, we may do something. We haven’t spoken about it. But I’m sure something can happen somewhere.”

While the Commonwealth Games are still about four years away, fans are getting excited over the news that we may still see Black Sabbath perform onstage post-retirement, even for one last time.