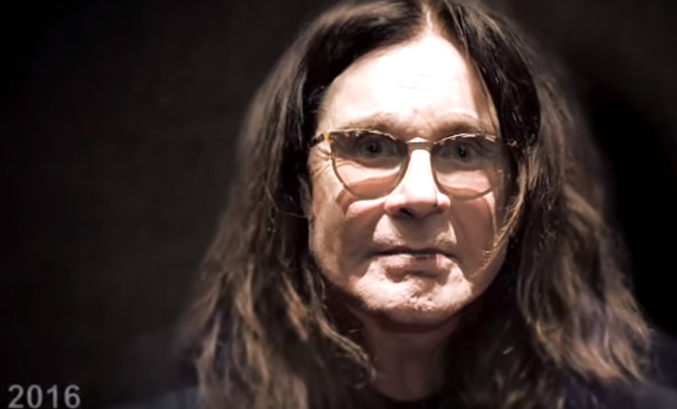 Ozzy Osbourne made a quick jest about the one thing he despises being asked in an interview with Billboard, and yes, it involves bats.

In the clip below, Osbourne talks with Billboard about his critically acclaimed, A-list latest album, Patient Number 9, which has received four Grammy nominations. The four-and-a-half-minute short begins lightheartedly with the icon admitting that he despises being asked, “What do bats taste like?”

“It’s like… for fuck’s sake,” expressing his displeasure before the formal introduction and the rest of the Q&A are shown in the video.

Ozzy has a legitimate grudge against this as well. Although the event is one of the most famous stories in rock ‘n’ roll decadence and Ozzy does have a plush bat toy with a detachable head up for sale, it’s not a happy recollection.

“It’s not the way I want to be remembered [but] I know I’ll be the man that bit the head off the bat. That will be my epitaph. It won’t be, ‘Here lies Ozzy Osbourne… he did a bit of good,’ it’s going to be, ‘The bat-biting lunatic,’ which… I don’t care,” he complained in 2020.

On January 20, 1982, the “Prince of Darkness” performed in Des Moines, Iowa, and perpetrated one of the most notorious crimes in the annals of rock and metal. In his autobiography, I Am Ozzy, he describes how fans frequently throw animals and animal parts onto the platform. This practice eventually gave way to the throwing of plastic or imitation toys. Osbourne remembers mistaking a live bat tossed on stage for a toy one.

“Then I did what I always did when we got a rubber toy onstage — CHOMP.”

“Immediately though, something felt wrong. Very wrong” the memoir continues, “For a start, my mouth was instantly full of this warm, gloopy liquid, with the worst aftertaste you could ever imagine. I could feel it staining my teeth and running down my chin.”

“Then the head in my mouth twitched,” Osbourne makes this observation before going on to explain the unexpected shock of knowledge that washed over him when he discovered that he had truly chewed the head off of a live bat at that very time.

Watch the interview below: