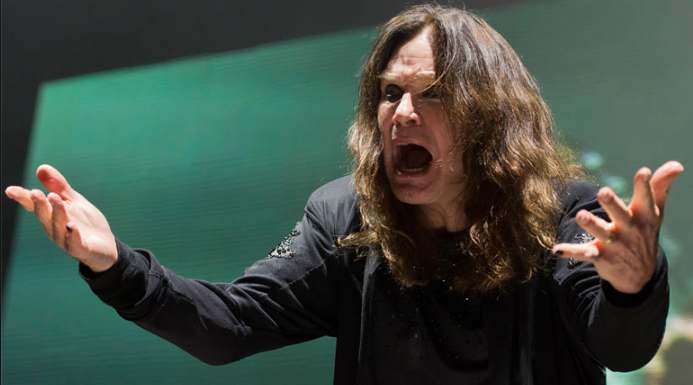 Ozzy Osbourne is soon to be a septuagenarian and he has been active in his rockstar career for over fifty years! He’s already a grandfather and some people might think maybe it’s time for the rock legend to hang up his black eyeliner and finally retire. That doesn’t look like it’s happening anytime soon, especially now that he seems to be really enjoying his “No More Tours 2” tour. Osbourne also reveals, however, that the same did not happen for his last tour with his band Black Sabbath.

In an interview with Philadelphia’s The Inquirer, Osbourne admitted,

“I didn’t have a great time. I spent nine or 10 years in Sabbath, but I’d been away from them for over 30 years. With them, I’m just a singer. With me, I get to do what I want to do. I was getting bad vibes from them for being Ozzy. I don’t know — what the f-ck else can I be?”

With the “No More Tours 2” North American tour insists he’s not going away and has no plans of retiring anytime soon. He joked,

“What I’m stopping is doing what I’m doing now — going around the world all the time. I wish people would understand I’m not retiring. Is it my bad English accent? It’s called the ‘No More Tours’ tour. It doesn’t say ‘No more tours ever.'”

Though he did take it easy with his career the last few years, all for good reason: his priority is his family and as crazy as Ozzy is, the world is aware that he is a big family man. He did admit that with his own kids, he did not spend as much time with them growing up as he wanted. But now that he is grandpa, he says,

“I’ve got grandchildren that I want to spend time with “

Why he doesn’t plan on quitting anytime soon? Well, he doesn’t see what he does as “work” anyway. He shares,

“I don’t punch a card every morning This is not my job; it’s my passion. It’s been the best thing that’s ever happened to me in my life.”