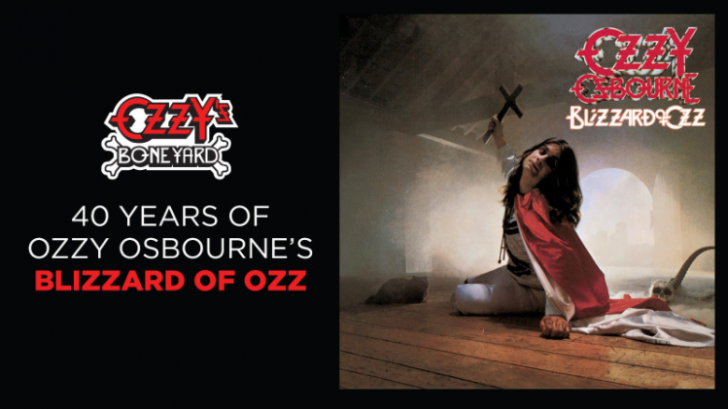 In 1980, Ozzy Osbourne released his first solo album, Blizzard Of Ozz, after his drug and alcohol problems caused him to be banned from Black Sabbath. This was one of the two materials that he would record with guitarist Randy Rhoads, who passed away in March 1982.

This year marks 40 years since it was released, and within the special of the SiriusXM station, they remembered the controversy that arose in 1986 over the song “Suicide Solution.” A 19-year-old John Daniel McCollum shot himself to death while listening to the  Blizzard of Ozz album’s first side. The problem was unleashed when the parents of a teenager who committed suicide decided to sue the singer claiming that their son was influenced by the lyrics of the song (sound familiar?).

Sirius XM, host Billy Morrison asked about the tragedy. “Well, that was all taken out of perspective,” Osbourne said. “We were all doing some serious pounding of the booze back then. I’d been drinking heavily for a long, long time. And it’s like, ‘Suicide Solution’ means ‘solution’ being liquid – not a way out. People get the fucking thing wrong.”

The 19-year-old was John McCollum, who was allegedly listening to Osbourne when he shot himself on October 27, 1984, with his father’s 22-caliber pistol. The lyrics to “Suicide Solution” reads: ‘Where to hide, Suicide is the only way out. Don’t you know what it’s really about?‘

He recalled receiving a cal,l while he was in England at their home, from wife and manager Sharon, who was in the U.S. at the time: “She said, ‘Get on a plane. You’ve got to come out.’ I said, ‘Tell me what I’ve got to come out for.’ She said, ‘I’ll tell you when you get here.’ I said, ‘Is it problems?’ She said, ‘Just get on a fucking plane.’ I get to LAX, come to the terminal and there must have been 200 cameras. I’m looking over my shoulder, I’m standing, and about 15 microphones [are] in front me. ‘What do you think about this lawsuit?’ And I’m going, ‘What lawsuit?’”

Questioned if he was astounded to find the details, Osbourne replied: “More than shocked.”

Obviously, the legendary musician was impressed and shocked. Osbourne actually commented that it was an anti-suicide song, written about AC / DC singer Bon Scott, who drank himself to death in 1980.

About the lawsuit, a California court dismissed it, ruling that John’s suicide was not a predictable result of Osbourne’s song.