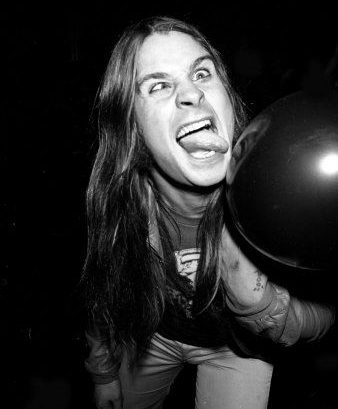 Since the first recordings were released, artists particularly their record labels—have been engaged in a perpetual struggle for more recognition and money. As a result, the music and entertainment industries became increasingly competitive. Almost every band and musician has strived to surpass one another’s success in the releases they have worked hard to develop and record.

Huge artists may still celebrate one another despite the hostile climate. Hence, rockers backed their fellow musicians’ efforts in the different interviews they attended. Ozzy Osbourne, a legendary member of Black Sabbath, was one of them. He discussed his favorite records, and an AC/DC album was included on that list.

Due to their lengthy history, the members of both legendary bands AC/DC and Black Sabbath have known each other for a very long time. Black Sabbath’s seventh studio album, “Technical Ecstasy,” was released on September 25, 1976, to rapturous reviews from critics and their loyal followers all over the world. As a result, the band made the decision to go on a new tour in support of their highly regarded record.

The Technical Ecstasy Tour, which Black Sabbath participated in, spanned from Scotland on March 2, 1977, to Sweden on April 22, 1977. There were many bizarre and difficult moments during the event, but Geezer Butler and Malcolm Young’s encounter stands out as the most memorable. When he noticed Butler wielding a knife, Osbourne intervened in the argument between the two musicians.

Following their joint tour, AC/DC began production on their sixth studio album, “Highway to Hell,” which was released on July 27, 1979. The band’s fans recalled it as Bon Scott’s last album before he died because of severe alcohol intoxication on February 19, 1980. Osbourne declared the well-known AC/DC song to be his favorite and admitted to being hooked to it during one of his interviews.

Then, although Osbourne adored Brian Johnson, who took over as the band’s leader in lieu of Scott, he claimed that Scott was the group’s finest singer and will always be that way. Many AC/DC fans praised Scott for his contributions to the band’s success and notoriety, much like the Black Sabbath frontman did. Others, however, believed that Johnson’s unique performances and band membership earned actual renown.

He stated, in his words:

“I love Brian Johnson, but to me, my good friend, the late Bon Scott, was the best singer AC/DC ever had. This album was like an addiction to me.“

Listen to the album below: