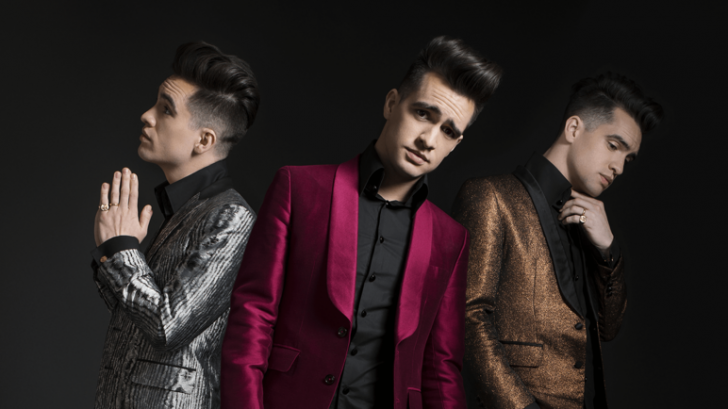 The 46th Annual American Music Awards will be held at the Microsoft Theater in Los Angeles, California this October 9, 2018. And one of the things we are looking forward to is a special performance by rock band Panic! At The Disco. The group’s frontman and lead vocalist Brendon Urie has always been vocal about his admiration for Freddie Mercury. In an interview, he was asked if there was any other band he liked to be in and he answered:

“Queen, obviously. I wish I was Freddie Mercury, straight up.”

So it comes as no surprise that during this year’s AMAs, they will pay tribute to the legendary Queen. We already know this is something to watch out for because the guy’s been covering “Bohemian Rhapsody” for years and it was even included as part of the soundtrack of 2016 superhero film Suicide Squad. We know Brendon Urie’s voice will never come close to Freddie’s but keep in mind that he’s only paying homage to his idol.

“If there is one song that I wish I would’ve written myself, it’s ‘Bohemian Rhapsody.’ Freddie Mercury’s genius is clear from the very first note to the last and I’m honored to be able to pay tribute to Queen with my performance.” – Brendon Urie

To make it extra special, this is the band’s first ever AMA performance and they’re also nominated for “Favorite Artist – Alternative Rock.” Stars from the upcoming Freddie Mercury biopic Rami Malek, Joe Mazzello and Gwilym Lee will introduce Panic! At The Disco. It seems like going to be very busy for the next few weeks because the group will kick off the second leg of their “Pray For The Wicked” tour starting on January 2019.

There are several other performances in this year’s AMAs but this is definitely the one we’re most excited about. We just know they’re gonna slay it.