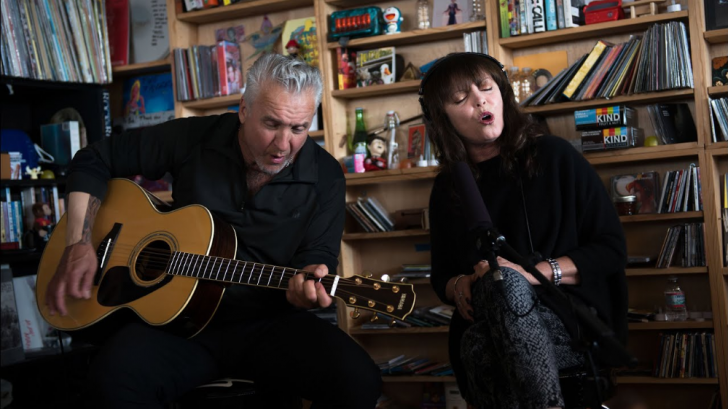 Pat Benatar along with her husband Neil Giraldo released a video for their latest song, “Together,” a song inspired by the COVID-19 pandemic.

The couple are together locked down, managed to write a song about the experiences of others who can’t be together during the pandemic, such as their friends and family who remain separated to avoid the spread of the virus.

“In challenging times, it sometimes helps to seek out beauty and hope and positivity. Making music leads us down that path,” Benatar and Giraldo said in a statement. “We wrote this because we are all hurting, struggling, grieving. We hope in some small way, that this lifts sprits and heals hearts. Wishing everyone blessings, strength, and love.”

In 2018, Benatar talked about how she and Giraldo bonded together when he was brought in to help her to work on her song, “Heartbreaker” for her debut album, 1979’s In the Heat of the Night. The song had been written from his perspective, which Benatar changed.

“When I got it, it had kinda all these English colloquialisms, and I changed a bunch of lyrics so it would fit,” she said. “But the gender of the thing – bending the gender and having a female sing it instead … it was exactly what I wanted.” Next, she struggled with the sound she wanted: “I heard it in my head, but I couldn’t get anybody to play what I was hearing. And the minute he walked in, he knew exactly what I was talking about. He played it exactly the way that I wanted it, and the whole thing was born from that.”