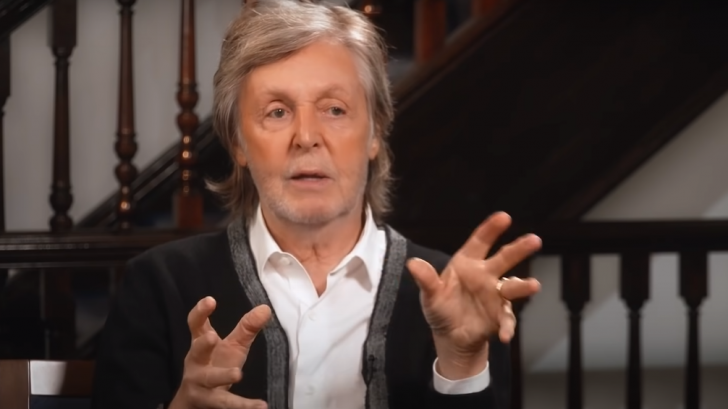 When we talk about The Beatles, we are talking about one of the biggest and most influential bands in the history of music, and also one of the ones that made the most money, a topic that was covered recently during the interview that Paul McCartney had with C.E.O James Daunt of Barnes & Noble..

Despite the fact that for many people the image that remains of the four of Liverpool is that of their most hippie stage, everyone has to pay bills, and in The Beatles, as Paul says, they were very aware of finances, especially in the beginning:

“When we first got out of Liverpool, it was money,” he admits in an interview promoting his new book The Lyrics. “We were kids without jobs. Suddenly here was a job, and so we wanted to get paid — and the more money, the better.”

At that moment the bassist responds to the idea that the interviewer throws about the rumors that they assure that the band said things like “let’s write a swimming pool!”

“It was kind of a joke, a half-joke, once we started to get a hit and knew what kind of money a hit could bring in. We said, ‘Well, let’s write a swimming pool! You need a new extension – let’s write it!’”

It doesn’t take long for the most artistic, altruistic, and committed image of the left-handed musician to appear:

“It was only later that we discovered that what we were doing was art, and [that] there were things like muses.” he said. “You then start to think, ‘Oh, is it more noble if we don’t write for money and we just write for art or love?’ But that comes in anyway. It’s not like it’s excluded because you’re accepting money. What we wanted was a guitar, a car and a house. … That was the height of our ambitions. Then you suddenly could get them.”

Paul reminds us that the money you earn can also be used to support different causes:

You don’t just use the money for yourself,” McCartney said. “There can be someone who’s in desperate need of an operation who you work with, or you’re very friendly with, and you can say, ‘Look, get up to Harley Street, get that operation. I don’t want you waiting around. It might take months.’

“To be able to donate to great causes so you can see things changing, you can see how you can help people,” he added. “There’s plenty of good stuff about money; you don’t have to just take it all. You can distribute it.”