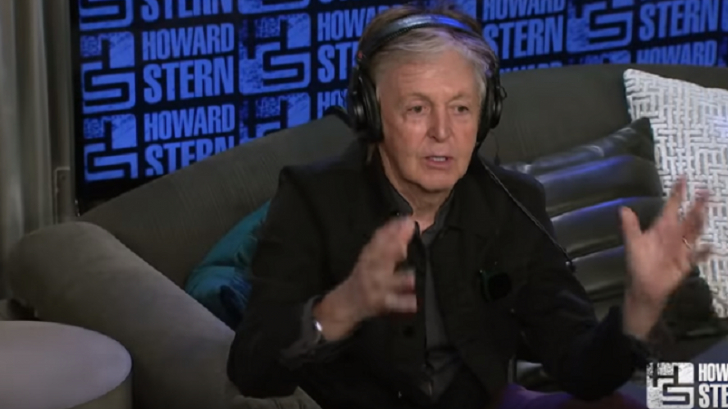 One thing we like about Paul McCartney’s interviews is he always manages to answer questions politely and without bitterness or spite. He honors the memories of his fellow Beatles and is ever gracious. Aside from debunking the popular rumor that John Lennon hated their 1968 hit “Ob-La-Di, Ob-La-Da”, he also shared how he came up with it and what inspired him to write this classic tune.

“A fella who used to hang around the clubs used to say in a Jamaican accent, “Ob-la-di, ob-la-da, life goes on,” and he got annoyed when I did a song of it, ’cause he wanted a cut. I said, ‘Come on, Jimmy, it’s just an expression.” – Paul McCartney

Some people claimed that John wasn’t a huge fan of the reggae beat and in general, wasn’t overly fond of Paul’s later work with the group. But not only did Paul deny this, we’re also inclined to believe there was such deep friendship between the two that most cannot even begin to understand.

They obviously had so much respect for each other’s works so we don’t know what started that rumor. Besides, this song screams good vibes all over it and you can pretty much hear that the boys were having fun while recording it. And also, Paul somehow made it seem like writing this epic tune is easy and almost effortless!

“I looked over and under Paul’s toe, under his sandal was a little torn piece of paper. And I look over and in his handwriting it’s ‘Ob-La-Di Ob-La-Da, bra/La-La how the life goes on.’ And I’m sitting beside Ringo (Starr) – maybe five feet away from Paul – and they start singing it and really working with it. Only those words — only John and Paul. Ringo was just quietly listening.” – Author Paul Saltzman

Even after all these years, no one can touch The Beatles – they remain as some of the most talented musicians to ever walk the earth.