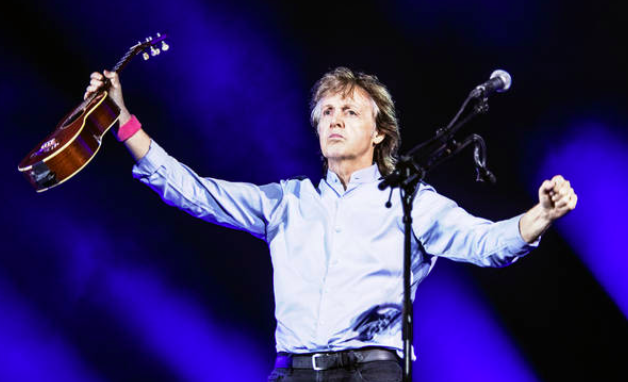 Paul McCartney reveals new single ‘Fuh You’ from his new album “Egypt Station” and releases full tracklisting for the record. ‘Fuh You’ is the third track to be revealed from the album, following ‘I Don’t Know’ and ‘Come On To Me’ both released in June.

McCartney has been tweeting individual illustrations for each track, or ‘station’. He says of the newly released song,

“We were just thinking of ideas and little pieces of melody and chords and the song just came together bit by bit. And then I would try and make some kind of sense of the story. So it was like, ‘Come on baby now. Talk about yourself. Tell the truth, let me get to know you’ and basically I wanna know how you feel, you make me wanna go out and steal. I just want it for you.”

“So that was the basic idea,” he continued, “and it developed from there … sort of a love song, but a raunchy love song. There you go — fuh you.”

McCartney has been hands-on with his album promotion, holding secret intimate shows in Liverpool, Abbey Road Studios, and the Cavern Club. He also appeared in the The Late Late Show with James Corden’s popular segment Carpool Karaoke. The segment has become one of the most-viewed videos on Facebook and Youtube amassing a total of 130 million views (and counting).

See the track listing and listen to Macca’s new song below:

‘Egypt Station’ Track Listing:
Opening Station
I Don’t Know
Come On To Me
Happy With You
Who Cares
Fuh You
Confidante
People Want Peace
Hand In Hand
Dominoes
Back In Brazil
Do It Now
Caesar Rock
Despite Repeated Warnings
Station II
Hunt You Down/Naked/C-Link