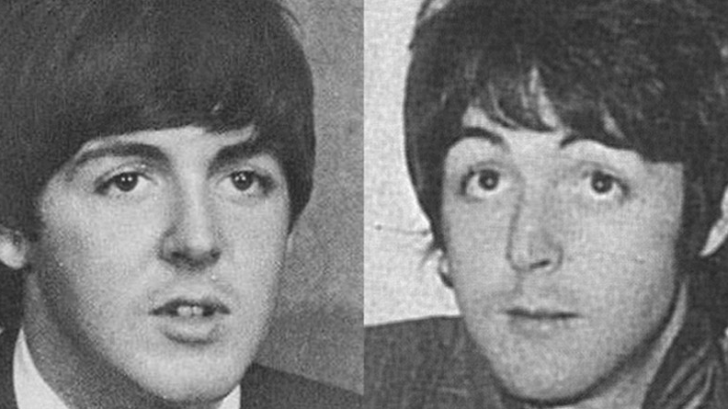 Remember the time, the ex-Beatle legend, was in a talk that he never actually left the group because … he DIED in 1966 and was said that he was replaced by a doppelganger? Crazy times, right? The “Paul Is Dead” myth has been in talks for half a century now in the world of rock n’ roll and perhaps is one of the most popular.

The conspiracy began on October 12, 1969, when someone named “Tom,” called a DJ from Detroit’s underground station WKNR-FM, Russ Gibb, claiming that some Beatles tracks had hidden messages proving that Paul McCartney had actually died.

There’s even a theory circulating that time that Paul had been decapitated in a car accident after he left Abbey Road studios in London. It was said that the accident took place at 5 a.m. on November 9, 1966, and a girl named Rita was involved, she was a hitchhiker who Paul picked on the side road who apparently caused the accident.

Well, of course, Paul being dead would cause a big problem, mainly because the Beatles were at the peak of their success and losing him might as well mean the end of the road for their career. So, the story is, someone had an idea that no one should reveal his death and instead, they hire someone, a look-alike to take over his place. The claim also suggested that the imposter was an actor, William Campbell. Well, Cambell winning the doppelganger contest would also suggest that he could write the same music, play and sing like McCartney. 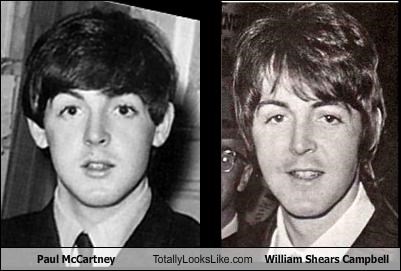 All these theories could have explained why Paul McCartney kind of looks different after 1966, and answers the question of why the Beatles suddenly stopped touring that same year, as well.

But here’s the thing;

DO YOU ACTUALLY BELIEVE THAT BULLOCKS?!!

I’m not buying all those conspiracy bullsh*ts, and I don’t believe the “PAUL IS DEAD” myth. To answer the real question of why Paul looks quite different after 1966;

It was 1965, a day after Christmas Paul McCartney visited Liverpool to see his family when he fell off his moped that caused chipped on his front tooth and a busted upper lip, The aftereffects of the accident left an unfortunate scar behind. McCartney would grow a mustache so he can hide the scar, and if you look the picture down below, McCartney’s mustache grows unevenly, as if as it was trying to grow over the busted lip.

Here’s the photo of Paul after the moped accident: Here’s another photo when after the scars had healed, but there is still the chipped front tooth: 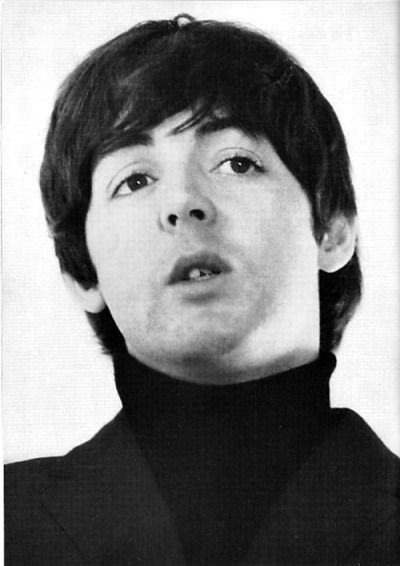 Well, the Beatles were always expected to have photoshoots at the time for fan magazines which aimed at teenage girls. As you can see in the above photo his busted face made him decide to grow a mustache in 1966, and it made a lot of sense. It was a way to easily hide the scarred and busted upper lip while all at the same hiding away his chipped tooth.

Well, I can’t blame you for believing at the time that the changes in Paul’s appearance were so sudden that “he must have been a different person.” But if you were a Beatle fan at the time, you should have just accepted a simpler explanation; (1) he was trying to hide the scars, (2) minor cosmetic dental surgery that fixed his chipped tooth, (3) well, he was growing up, as a big artist, that caused him to change his fashion attires, (4) the excessive drug use, and of course, (5) the thing we call, “ADULTING.”

The change was inevitable — he matured from late teens and very early 20s to mid-20s.

So, no, Paul didn’t die, and he wasn’t replaced.

I hope this ends all the nonsensical various explanations lurking around the internet.