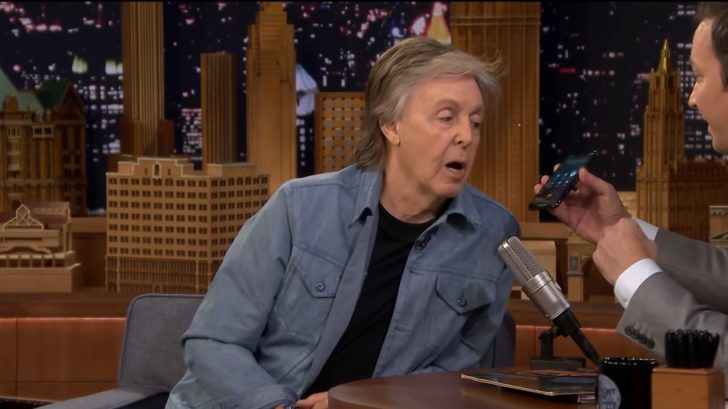 The Oldest Teenager In The World — 76 And Cool!

Paul McCartney recently released his new record called Egypt Station, and he took his time to stopped by The Tonight Show to perform one of the record’s tracks, but mostly he goofed and geeked around with the late night show host Jimmy Fallon.

First off, McCartney sat down with Fallon for a few of interview in which he talked about modern-pop songwriting and The Beatles’ movement from singles to full albums and eventually called Fallon’s childhood phone number to leave a voicemail in response to a letter Fallon sent as a young kid.

Well, if Sir Macca left me a similar message on my voicemail, I would die with so much happiness and faint a million times!

You just gotta love how he can give so many good vibes, and how down to earth he is, and that Jimmy fanboying reaction/attitude over Paul McCartney seems pretty genuine during the interview (you can actually by the look on his face that he really is excited to be with sir Macca). You just can’t stop yourself from laughing.

I hope Jimmy Fallon could do this often! A cool segment of the late-night show.