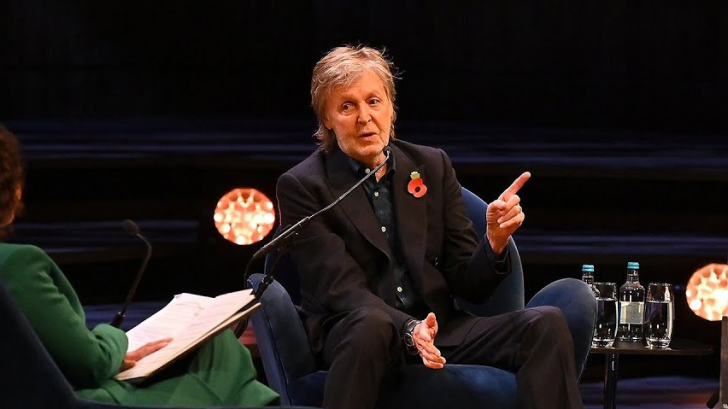 Before John, Paul, George, and Ringo became The Beatles, they were just four teenagers from Liverpool. Never could John Lennon, Paul McCartney, George Harrison, and Ringo Starr have imagined that they would form one of the most successful groups in modern history, influencing popular culture not only in music, but also in fashion, film, and performance global.

Today the monumental Peter Jackson film that brings together the material originally recorded in 1969 was released on the Disney + platform. From how the film comes, the history of the failed project, the concert on the roof, the album Let it Be, the figure of Billy Preston, the album song by song, even statements by the New Zealand filmmaker and Paul McCartney himself.

In the video below,  Paul McCartney explaining how a kid corrected him on Beatles history during an interview at Royal Festival Hall 2021, London during a special event in celebration of his new book, The Lyrics: 1956 to the Present, along with author Paul Muldoon, hosted  by Samira Ahmed at 5 November 2021.