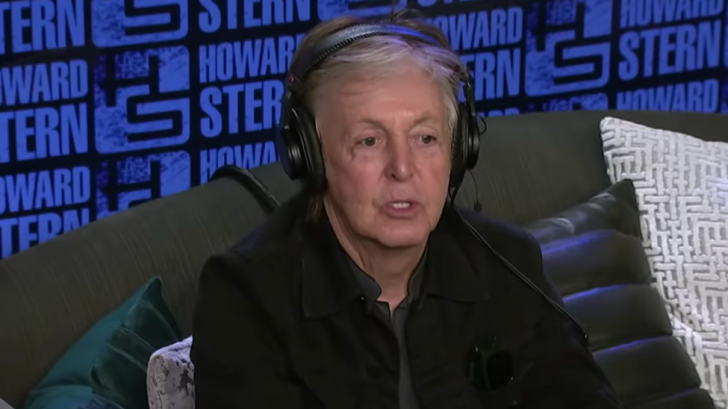 TLC was already one of the most popular girl groups in the 1990s. The group’s second album, “CrazySexyCool,” released in 1994, catapulted Lisa “Lefteye” Lopez, Rozonda “Chilli” Thomas, and Tionne “T-Bone” Watkins into success.

According to Billboard, “CrazySexyCool” was the first album by a girl group to earn a certified Diamond from the Recording Industry Association of America (RIAA), thanks largely to the accomplishment of the album’s four smash pop hits, “Creep,” “Red Light Special,” “Waterfalls,” and “Diggin’ On You.” All four tracks made reached the top five on the Billboard Hot 100, while “Creep” and ” TLC’s chart supremacy solidified the group’s image as a formidable force within either mainstream and R&B.

TLC’s second album was met with widespread critical praise, but not everyone in the music business was completely satisfied with the group’s meteoric rise. One rather surprising voice of scorn emerged from veteran Beatles composer Paul McCartney, who was a quarter-century out of his own successful solo work in the mid-1990s.

TLC’s second album’s singles have now historically been known as some of the finest hits of the 1990s, and have found longevity in the twenty-first century due to near-constant airplay more than twenty-five years after they were originally released.

However, in a 2007 conversation with The A.V. Club, ex-Beatle Paul McCartney stated that a portion of their accomplishment could be attributed to him. According to McCartney, “Waterfalls,” TLC’s hallmark song, was copied exactly from his own song of the same title, which was issued in 1980. McCartney addresses the song in the discussion in response to a statement about which of his tunes ought to be a greater smash. McCartney calls the tune “nice” before adding: “In fact, somebody had a hit, a few years ago, using the first line …”

McCartney’s song begins with the following line: “​​Don’t go jumping waterfalls, please stick to the lake,” which undeniably has a remarkable similarity to TLC’s “Waterfalls” chorus:: “Don’t go chasing waterfalls, please stick to the rivers and the lakes that you’re used to.” When questioned by The A.V. Club if he felt TLC’s composers – in the case of “Waterfalls,” Marqueze Etheridge and the production team Organized Noize — had ripped him off, McCartney responded yes. “It’s like, ‘Excuse me?'” McCartney remarked on his response to having heard the TLC song for the first time.

And while Paul McCartney was glad to call TLC’s cheap knock of his “Waterfalls” lyric a “rip-off,” it is worth noting that McCartney never openly regurgitated the allegation, nor does it appear that he has ever taken measures to legally contest the attributed composers on the TLC song to get the origin of the lyric officially recognized.