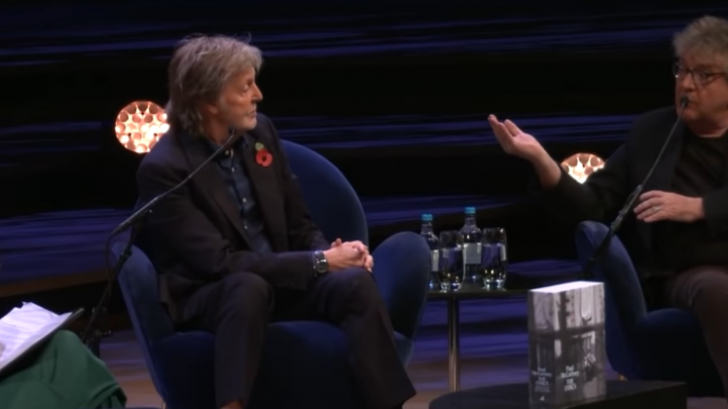 The musical duo Paul McCartney – John Lennon is perhaps one of the most famous in history. The relationship between the bassist and the guitarist of The Beatles transcended the musical to become a bond of eternal brotherhood, although the fights were inevitable and the duo had their period of the feud.

Even so, they managed to overcome it and always had great admiration for each other. However, recently Paul confessed that he never had a chance to tell him that he loved him.

As part of the launch of his new book The Lyrics, the “Yesterday” author took time to remember his late friend and bandmate. “It’s true. You say that I loved him, but as 16-year-old and 17-year-old Liverpool kids, you couldn’t say that – it just wasn’t done,” said McCartney. “So I never did. I never really said, ‘You know, I love you man’. I never really got round to it. So now, it is great to just realise how much I love this man.”

Journalist Samira Ahmed asked the musician about the genesis of the close creative bond they had formed with Lennon and McCartney described the songwriting process of both as “looking in the mirror”, because Lennon was right-handed while Macca played and wrote songs. on his bass with the left.

“It was always great to work with John, from the very first thing where he said, ‘Yeah, I write songs too’. We just developed a way of working with each other and trusting each other that grew and grew,” said McCartney.

“We both grew up together. [Life] was like walking up a staircase, and we both went side by side up that staircase. It was very exciting. Now that The Beatles’ recording career has finished, I’m like a fan. I just remember how great it was to work with him and how great he was. You’re not messing around here, you’re not just singing with Joe Bloggs – you’re singing with John Lennon.”