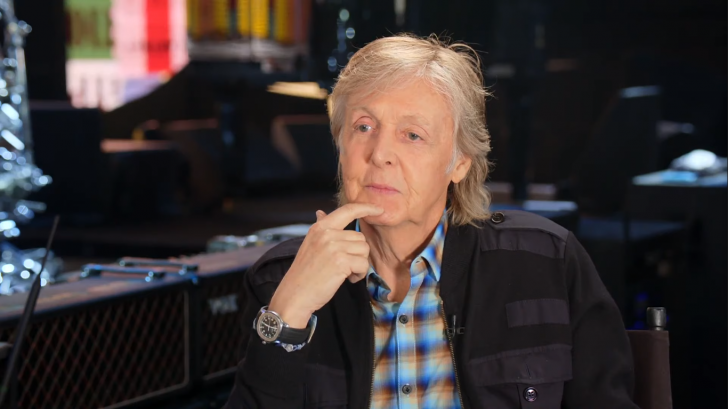 One of the most popular hits of the post-Beatles era was Paul McCartney’s “Live and Let Die,” created for the 1973 James Bond movie. The song was a huge success reaching number 2 on the US Billboard chart and number 9 on the UK singles chart.

18 years later, in 1991, Guns N’ Roses released their famous version of the classic McCartney song. The version came at a time when Guns N’ Roses was paying homage to several of its most influential rock icons.

During a 1991 interview with Rolling Stone, Slash said:

Slash went on to explain: “The Misfits song was Axl [Rose]’s idea, and ‘Heaven’s Door’ and ‘Live and Let Die’ were songs Axl and I both thought about doing,” he said.

Other versions have been made of this great song but without a doubt, the one that managed to be recognized and praised the most was that of Guns N’ Roses, which was part of the spectacular album Use Your Illusion I of 1991, an album that had its sequel practically immediately with Use Your Illusion II that same year, both albums broke the mold in terms of variety within the hard rock and had a lot of influence from classic rock and rhythm & blues.

When interviewed in 2016 by The New York Times, Paul McCartney was asked what he thought about GNR’s version of “Live and Let Die.”

“It’s funny, because when their version came out, my kids were in school, and they had a lot of defending to do, because all the kids said, ‘Great song, ‘Live and Let Die!’” Paul recalled. “They said, ‘My dad did that!’ ‘No way, it’s Guns N’ Roses!’”

Despite having mix feelings, he admitted that he enjoyed the cover:

“I was happy they did it,” he said. “I thought it was a nice little nod. I’m glad to hear our pyro is bigger and better.”