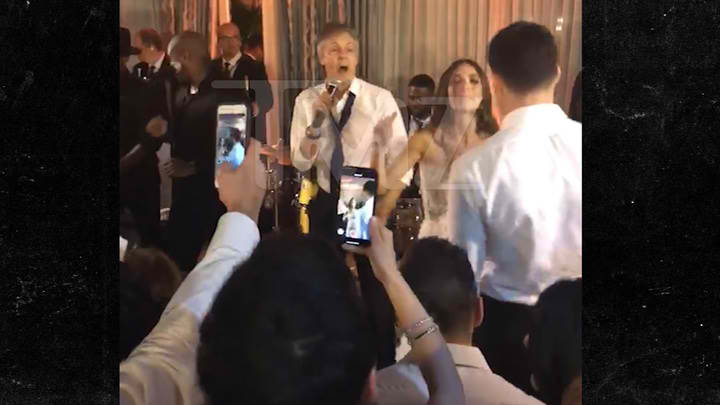 It’s not everyday you get to invite a legendary singer-songwriter to your party. But if he happens to be your uncle too, then chances are, he’s bound to perform with the band and play an iconic song or two. That’s pretty much what happened to the delight of the guests at the Fresh Meadow Country Club in Lake Success, N.Y when the nephew of Paul McCartney’s wife Nancy Shevell got married.

He joined the 20-piece band and sang “I Saw Her Standing There” during the couple’s dance. And of course since it’s 2018, almost everyone decided to take out their phone to record instead of just enjoying the moment. But hey, we’re pretty thankful they did because we had a glimpse of this rare intimate performance from a Beatle.

He’s used to performing to thousands of screaming fans but this time, he surely looked like he had so much fun singing in front of 300 family members and friends. He’s not new to impromptu gigs though because he already surprised several fans during the 2016 Desert Trip Festival, 2013 Covent Garden show, and at the graduation party of Shevell’s son three years back.

Oh the perks of having a rockstar relative.