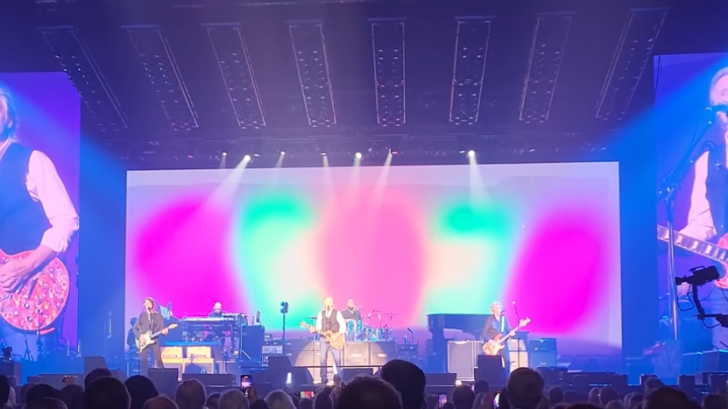 Taylor Hawkins’ death was a crushing blow to the Foo Fighters. The band’s drummer has left a significant void among its members, who have canceled the scheduled live dates.

As a result, seeing one of the band’s members in front of a stage is a welcome sight for the band’s fans. As happened last week with the return of the legendary Glastonbury festival, where stars such as Robert Plant and Diana Ross performed after the year could be celebrated normally.

Foo Fighters frontman Dave Grohl, who has hardly been seen in public since his bandmate’s death, joined McCartney during his performance at the festival. He did it to perform the classic Beatles song I Saw Her Standing There and Band On The Run.

Here’s how Dave Grohl was introduced onstage by @PaulMcCartney at Glastonbury this evening. pic.twitter.com/1cKrYODuBE

The Liverpool quartet has been part of Grohl’s career from the start. For most of us, the Beatles have been an ever-present influence in our lives, and in the case of the musician, despite happening at a very early time, he remembers it like it was yesterday.

Grohl’s surprise wasn’t the only one we saw on the Glastonbury stage. A little later, Bruce Springsteen also wanted to participate in this concert and appear on stage to take Glory Days with the ex-Beatle. He also launched into singing I Wanna Be Your Man, another classic Beatles song.

Springsteen…the Boss is here now! Fuck me! Too many legends on 1 stage @PaulMcCartney @glastonbury #Glastonbury pic.twitter.com/rK1oRSNkje