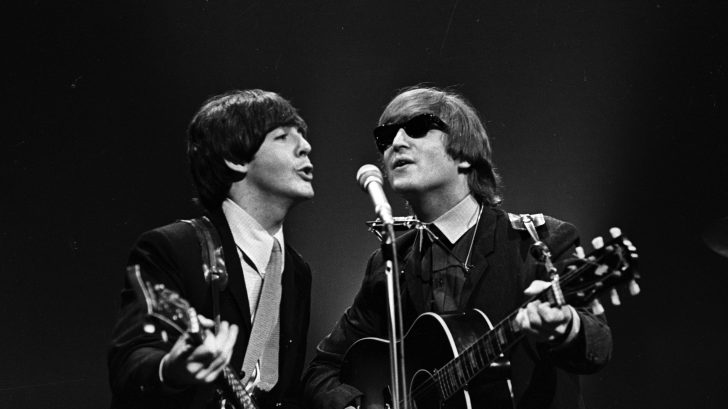 Paul McCartney has opened up about his complicated relationship with John Lennon after the bitter split from the Beatles.

He shared the story behind Too Many People and How Do You Sleep?:

The group broke up in the spring of 1970. While they quietly agreed to go their separate ways the previous fall, things went downhill after the news broke in April.

“‘Too Many People, this song was written a year or so after the Beatles break-up,” McCartney explains the track. “At the time, John [Lennon] was firing missiles at me with his songs, and one or two of them were quite cruel.

“I don’t know what he hoped to gain, other than punch me in the face, the whole thing really annoyed me,” McCartney admits. “I decided to turn my missiles on him too, but I’m not really that kind of writer, so it was quite veiled. It was the 1970s equivalent of what might today be called a diss track.”

“An idea of too many people preaching practices, it was definitely aimed at John telling everyone what they ought to do,” he continues.

“I just got fed up being told what to do, so I wrote this song… The first verse and the chorus have pretty much all the anger I could muster, and when I did the vocal on the second line, ‘Too many reaching for a piece of cake,’ I remember singing it as ‘piss off cake,’ which you can hear if you really listen to it.

“Again, I was getting back at John but my heart wasn’t really in it. ‘You’ve made this break so good luck with it,’ it was pretty mild, I didn’t really come out with any savagery.

“It’s actually a fairly upbeat song, it doesn’t really sound that vitriolic. And if you didn’t know the story, I don’t know that you’d be able to guess at the anger behind its writing.”

John Lennon targeted Paul McCartney for his alleged bossiness in the studio, as well as his apparent lack of respect for his wife Yoko Ono.

Lennon responded with the more nuclear “How Do You Sleep” in which George Harrison played slide guitar.

Lennon released his first solo studio album, “John Lennon / Plastic Ono Band,” in December 1970. It featured the song “God,” in which the singer-songwriter stated, “I don’t believe in the Beatles / I just believe in myself.”

Paul McCartneydetailed his friendship with John Lennon in a book called: The Lyrics: 1956 To The Present.

Fortunately, the two stars made amends before Lennon was assassinated on December 8, 1980, at age 40. McCartney described how the two slowly reconnected and eventually bonded over parenthood.