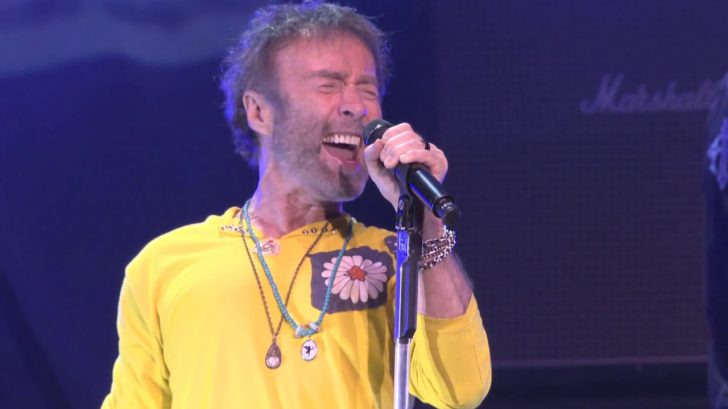 Paul Rodgers, better known as the singer of Free and Bad Company, has a routine when it comes to performing at the top of his game. And both Mick Jagger and David Bowie wanted to participate.

“The one secret I learned that I told both Mick and David about Paul was that before and after the show he gargled with just distilled water and tea tree oil … like 10 little drops of tea tree oil in an eight-ounce glass,” guitarist Reeves Gabrels told UCR during an exclusive interview.

Gabrels, now a guitarist for the Cure, toured with Rodgers in the early ’90s. He also performed with Bowie in Tin Machine from 1988-92, and with Mick Jagger in the early 2000s.

Gabrels was invited to be a part of a huge touring lineup in support of Muddy Water Blues, Rodgers’ 1993 Grammy-nominated tribute album. In the end, however, they decided to trim it down. “Bad Company and Free were both trios with a singer,” Gabrels tried to remind Rodgers. “So what’s the big deal? Why do you need two guitar players?”

Gabrels was managed to be included but with no rehearsal time, however, he felt right at home performing the music he had grown up on. “They had changed some of the material, but they had added more stuff from Free at Last, which was my first Free record when I was learning to play guitar – so I knew all those songs.”

Rodgers has often linked his love of acts like Muddy Waters back to the Stones, and for Bowie, too.

“Mick Jagger is just amazing, isn’t he? Come on, you just have to hand it to him,” Rodgers shared with the Huffington Post in 2014. “He also wrote some great great lyrics. Look, the Rolling Stones introduced me to the blues.”

When Bowie died in 2016, Rodgers regarded him as “such a unique and special musician and person” in a Facebook tribute post. “I met David Bowie a number of times over the years and he was always a kind, considerate gentleman. I liked him a lot.”

As for Rodgers tea tree oil was his vocal resort, Reeves shared during the interview “it’s an aboriginal thing for healing … and that’s what he would use on his throat before and after – and he sang better on stage than I’ve ever heard him recorded anywhere.”