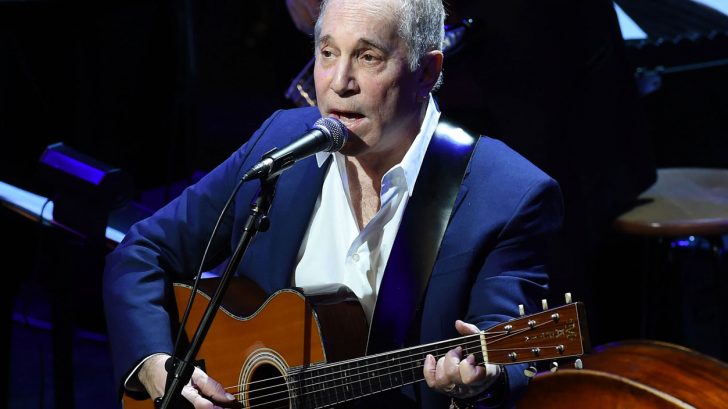 Fans Were Wondering When They’d See This Moment

One of the most prolific singer-songwriter duos of the 20th century, Simon and Garfunkel officially called it quits in 2010 following Art Garfunkel’s vocal paresis diagnosis. This officially closed the chapter on a career spanning over 50 years together – one that resulted in songs that we now consider the soundtrack of the 1960’s counterculture.

Currently on his Homeward Bound: The Farewell Tour No Longer tour, Paul Simon has made a point of including a few songs from that era of his career – fans on any night can almost certainly expect to hear “The Boxer,” “Homeward Bound,” and the ever iconic “The Sound of Silence” – but there’s one classic from Simon and Garfunkel’s time together that’s been missing.

Until this past weekend, that is.

Despite making a point of not playing “Bridge Over Troubled Water” live for the past several dates on Homeward Bound: The Farewell Tour No Longer, Paul broke from the past few days’ tradition and performed the 1970 classic last night at Detroit’s DTE Energy Music Theatre. As surprised as the crowd was, Simon was equally surprised with himself, remarking “Even though I wrote it, it has a strange deterrent for me — that’s not much of an introduction is it?” before launching into the song.

With several dates left to go before Paul Simon says goodbye to touring, it’s to be assumed that fans in other cities are hoping to hear “Bridge Over Troubled Water” live. Unfortunately, judging by Paul’s comment “Maybe I’ll sing it again sometime,” it’s looking like this classic might not come around again on this final tour and, even if it does, maybe only one or two other cities will get to experience it live and up close one last time.
In the meantime, we’ve got a gorgeous rendition of “Bridge Over Troubled Water,” performed by Paul in 2016 at New York’s Forest Hills Stadium just below this article!