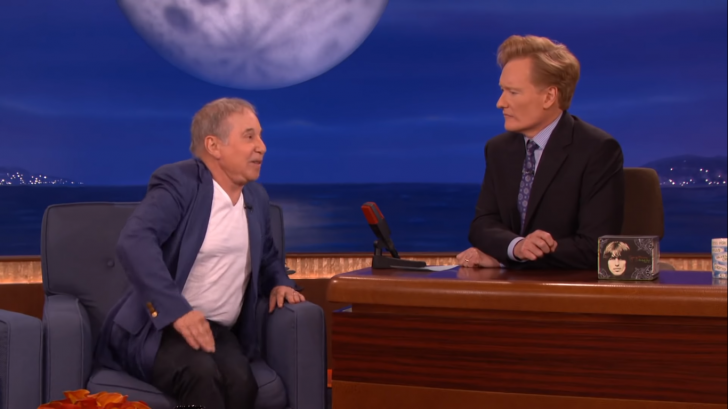 True George Harrison supporters never weary of listening to stories like this.

20 years after his passing, Harrison has frequently been remembered for his playfulness as much as his music. It’s clear to see why he was so admired by fans and by the music community.

Simon and Harrison played together on November 20, 1976, for Saturday Night Live. The program, which was hosted by Paul Simon, began with Harrison striving to collect his portion of the money Lorne Michaels had committed to a Beatles reunion. Simon and Harrison performed Homeward Bound and Here Comes the Sun together and promotional videos for Crackerbox Palace and This Song which were included on Harrison’s 33 1/3 album.

“He was an extraordinary guy, as everybody — everybody knows that,” Simon told Conan. “Amazing person, not just as a musician, but really very, very open, kind, not — you know, just a certain percentage of him Beatles, and the rest just regular, interested in life, interested in the world, interested in the mind. Really a pleasure to hang out with him.”

Simon was invited as a guest on Conan to commemorate the show’s week-long tribute to George Harrison. Paul speaks about his bond with Harrison, performing with him on Saturday Night Live in 1976, Harrison’s love of instruments especially, ukuleles, and tripping with Ringo Starr.