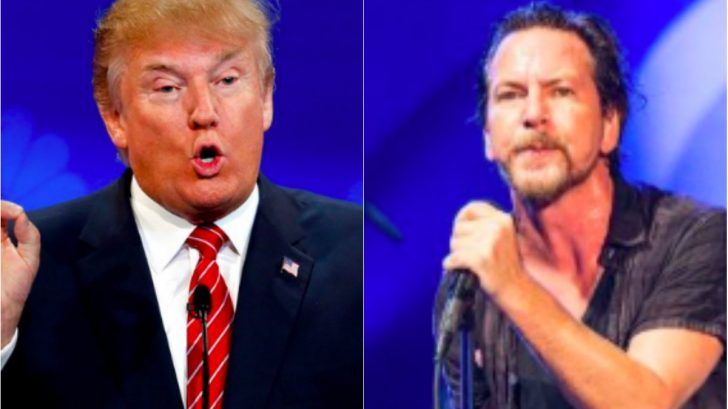 Posters are usually used purely for promotional purposes but there are cases when there is an underlying political statement embedded into the art. Such is the case for Pearl Jam’s poster to promote their show in Missoula, Montana last August 13. The poster is an illustration that depicts President Donald Trump’s death with a bald eagle picking on his body as the White House is engulfed in red flames in the background.

A Rosendale Campaign spokesman stated to Newstalk KGVO about the artwork, saying, “The depiction of the skeletal remains of President Trump and a burning White House is reprehensible and shows just how completely unhinged and radicalized the far-left has become.”

There is an ongoing eBay listing for the piece that includes a handwritten letter from Ament.