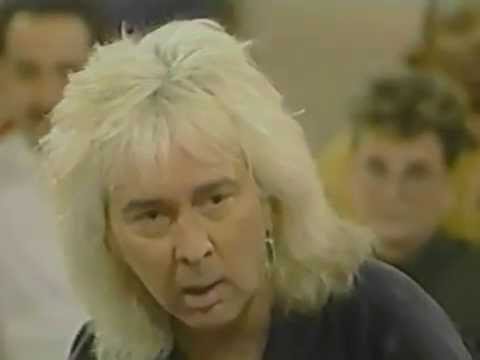 In 1980, Peter Criss left Kiss as a cat that runs away from home at night and, a few years later, became a stray cat. In 1991, the magazine “Star” published a report that recounted the unsanitary conditions in which the drummer lived, who had become an alcoholic beggar. How could Peter Criss fall so low when cats always land on their feet?

In 1980, Gene Simmons (The Demon) and Paul Stanley (The Star Child) kicked Peter Criss, better known as “The Cat,” in the butt: the ex-Kiss drummer. The farewell was like taking a cat out of the home, a cat that has become a stray.

At the time, the group Kiss was recording the album entitled Unmasked, something like “Out with masks. The cover reflected something, a warning, like they were shedding old customs and something new was coming. It was Anton Fig who was in charge of playing the drums to finish the recording, and without receiving due credit, since Criss would appear in the credits, as happened on the Dynasty album and the four albums that each one recorded alone, due to that there were already problems and differences between the group members.

Throughout the same time, Criss had been attending family issues in New York after the death of his mother. When he returned to his Southern California home, he was overwhelmed with questions concerning his well-being. “They say you’re totally broke and you’re sleeping in the toilets of Santa Monica,” Criss was told, as recounted in the rocker’s memoir Makeup to Breakup: My Life in and Out of Kiss.

“I was blown away,” the rocker admitted, adding that he immediately got his hands on a copy of the tabloid. “There was a photo of some bum who was claiming to be me lying in the toilets in Santa Monica, and next to it was a photo of me in my Kiss makeup. I was furious.”

Peter Criss disappeared from public life, that life that had given him so much fame and could be the fourth life of the cat that he personified in the group.

When a homeless fraud declared to be the former Kiss drummer, Criss saw himself angrily pushed back into the spotlight. The performer quickly began the means of suing Star magazine, when his manager summoned with an offer from The Phil Donahue Show.

“They wanted me to come on and talk about having an imposter pose as me,” Criss recalled, adding that his manager thought it would be a great way to publicly denounce the fictitious story. “I just wanted it to go away, I was so hurt.”

In 1991, a gossip magazine in the United States called Star published a report that recounted the unlikely conditions in which they had found the drummer. He was homeless, wandering aimlessly through the streets of Santa Monica, California. The pasquín became interested in the new and sad life of the drummer. Magazine reporter and contributor Dave La Fontaine ran a story under the headline “Kiss star is now a homeless bum.”

“Why couldn’t you impersonate the Lone Ranger or Tonto, something like that?” the real Criss asked Christopher Dickinson, the homeless imposter. “You’ve really given me a rocky time.”

And what did the real Peter Criss, who was far from the big stages and far from fame, do in all that time? He first rehabbed and settled in Redondo Beach, California, leaving drugs behind and starting a family with his new wife, model and Playboy girl Debra Jensen, with whom he had a daughter. When he found out about all this mess, he was not too amused by the story of the identity thief, and says that his mother, who was dying from an illness, died knowing the news and could never clarify it, so Criss sued the magazine and made a lot of money. “I did not hesitate to appear on the Donahue show to show the world that that was not me. The impostor was there too. They would have seen the guy’s face when I entered the program. “

Finally, Peter Criss returned to Kiss in 1995 for the reunion tour with the original line-up, and they recorded the album Pyscho Circus (1998). Nevertheless, the problems returned, and Criss only touched in the song “Into the void”, whereas Kevin Valentine touched the battery in the rest of the subjects without appearing in the credits.

Watch the full story below: