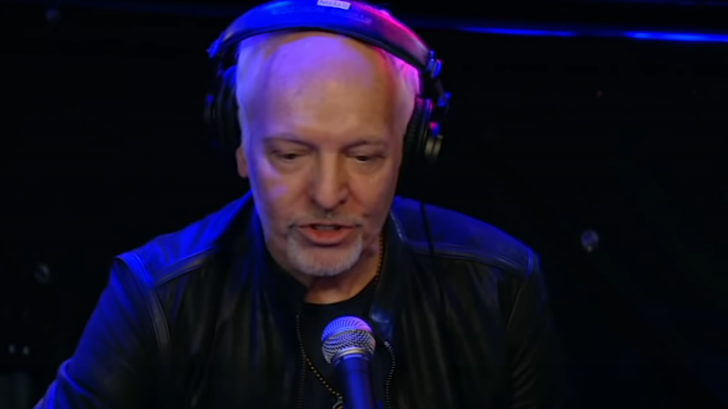 After being part of The Herd and Humble Pie, the English musician Peter Frampton (born April 22, 1950, in Beckenham) embarked on a solo career in the early 1970s,

With FM rock sounds, easy to assimilate by a wide audience, Frampton debuted on a big disc with “Wind Of Change” (1972), a notable album released on A&M Records.

On the album, co-produced by Chris Kimsey and with songs like “It’s a Plain Shame”, “All I Wanna Be”, the homonymous “Wind Of Change”, or a version of “Jumpin’ Jack Flash” by the Rolling Stones, collaborated musicians like Ringo Starr, Klaus Voorman, Billy Preston or Mick Jones (the future member of Foreigner).

Peter Frampton’s music, despite being an idol of young fans in his native country since the days of The Herd, achieved a greater commercial echo in the United States than anywhere else in the world.

He also revealed that he almost joined the Rolling Stones during an interview with Howard Stern. Check it out below: