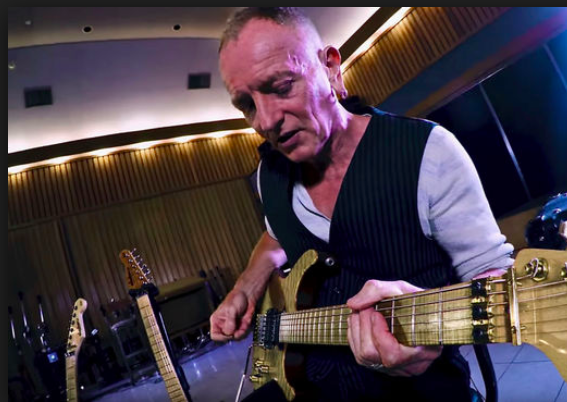 Def Leppard guitarist Phil Collen weighs in on the current status of AC/DC, whether or not the only founding member left Angus Young will record an album with Axl Rose as the vocalist.

During an interview with 96.9 The Eagle, Collen expressed,

“I’m a huge AC/DC fan, and if the whole band’s left or gone… [Malcolm] Young dead, obviously. Brian Johnson got kicked out. Cliff Williams retired and Phil Rudd gor arrested. You’ve got one person – so it’s not really AC/DC. Maybe call it ‘A, with Axl Rose.’ It kind of loses its appeal. It becomes karaoke. It becomes something else and it’s lost its integrity, really.”

Collen quickly saves his argument by adding that he didn’t suggest the album would be bad. He adds,

“I thought Axl Rose [did] a great job, by the way. I thought he [did] amazing when he stood in for Brian Johnson. Full power to him. He’s done really, really good stuff. But I think… if he was going to do an album, it may sound good, but it’s not really the band anymore.”

The rumor that Axl was going to record a new AC/DC album came after the Guns N’ Roses singer stood in for Johnson after Johnson stepped back from the band following his hearing problems. Rose also said during an interview,

“Angus and I are talking about working together.”

Angus Young has yet to comment on such speculations.