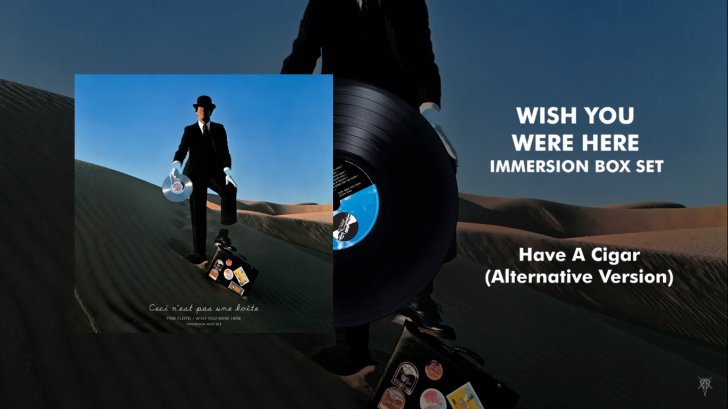 Pink Floyd releases a rare, alternative version of their 1975 classic, “Have A Cigar” on their “daily evolving playlist.”

The track was recorded during the band’s session for “Wish You Were Here” album which was originally issued on the “Immersion” 2011 box set, the rare version features David Gilmour and Roger Waters on vocals instead of folk singer Roy Harper, who appeared on the original track.

Pink Floyd launched their playlist on May 22 with rare audio of “The Dark Side Of The Moon” classic, “Us & Them.”

Entitled, “Syd, Roger, Richard, Nick, and David – An Evolving Pink Floyd Playlist,” and it will see the band add more new songs from their catalog to the playlist via Spotify and other streaming platforms daily.

While each Friday, Pink Floyd will add one of the currently unavailable bonus tracks that were featured in their 2011’s box set “Immersion.”

“During this period of lockdown, isolation and uncertainty,” says Pink Floyd, “it might help to make time each day to immerse yourself in music; each day, this will build into the perfect playlist to help you navigate these challenging times.

“We hope you enjoy reconnecting with these tracks over the coming weeks, and would love to hear your suggestions for what you think could be added to the playlist…”