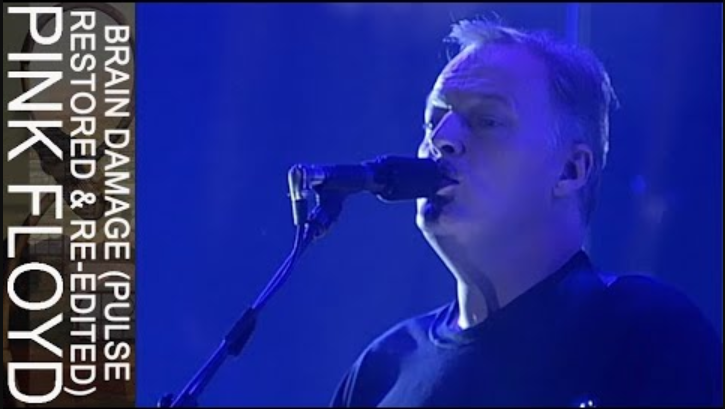 Pink Floyd are releasing a video of their performance of their “Dark Side Of The Moon” track, “Brain Damage”, from their 1995 concert “Pulse.”

The group were recorded live in London, UK during their 1994 tour in support of their record, “The Division Bell.”; this variant was recovered and re-edited in 2019 from the primary tape copies for “The Later Years” box set.

The release of “Pulse” documented an October 20 performance as part of the group’s sold-out, 14-night series at the city’s Earls Court before a combined total of 273,000 fans; the concerts highlighted tunes from their latest album alongside a full performance of their 1973 classic, “The Dark Side Of The Moon.”

“Pulse” topped the US Music Video sales during its original release and was a top 10 set in different countries, earning a multi-platinum status.

Pink Floyd performed before 5.5 million fans in 68 cities during their “The Division Bell” and delivered in box office profits of over £150 million (about US$250 million) becoming the highest-grossing tour in the history of rock at the time.