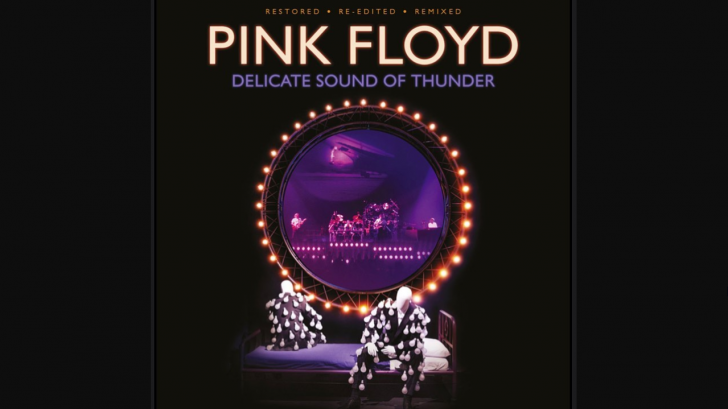 Pink Floyd’s Delicate Sound of Thunder, hitting theaters around the world in a unique event on the night of October 15.

In 1987, Pink Floyd experienced a triumphant revival. The legendary British band, formed in 1967, had suffered the loss of two co-founders: keyboardist and vocalist Richard Wright, who left after the 1979 sessions for The Wall album, and bassist and lyricist Roger Waters, who left. the group to begin their solo career in 1985, shortly after the 1983 album The Final Cut.

Released in September 1987, A Momentary Lapse Of Reason was quickly welcomed by fans around the world, who flocked to the concerts on that tour, which began just days after the album’s release. During the tour they played in front of more than 4.25 million fans for more than 2 years and, in a celebration of talent that featured David, Nick and Richard on stage, supported by 8 other stellar musicians.

Filmed at the Nassau Coliseum on Long Island in August 1988 and directed by Wayne Isham, Delicate Sound Of Thunder, that Grammy Award-nominated concert, hits theaters for the first time in this global event launch. This 2020 version is sourced directly from over 100 cans of original 35mm negatives, carefully restored and transferred to 4K, and fully reissued by Benny Trickett from the restored and updated footage, under the creative direction of Aubrey Powell / Hipgnosis. Likewise, the sound was completely remixed from the original multitrack tapes by Pink Floyd’s David Gilmour, with Pink Floyd’s engineer Andy Jackson assisted by Damon Iddin.

Delicate Sound of Thunder will be shown in theaters around the world on October 15 (on Dolby Atmos in select theaters). Tickets will be on sale starting August 27 at www.DelicateSoundOfThunder.com, where fans can find the most up-to-date information on participating venues.