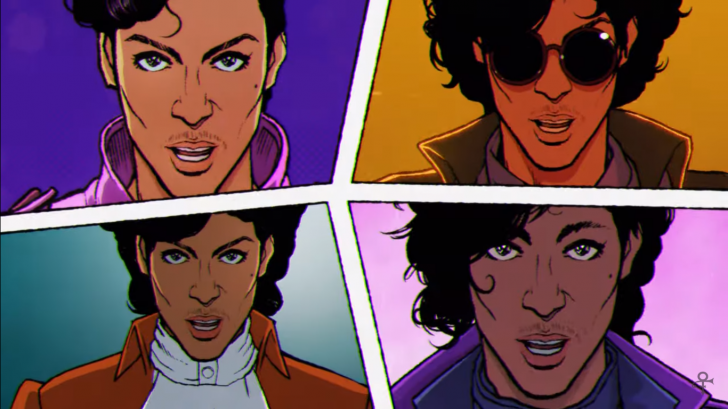 The Prince estate just released the colorful animated video for “Holly Rock,” a track that was featured on the recent posthumous collection Originals.

In the Youtube account of Prince that lies in the description says, “Holly Rock” took place at Sunset Sound studios in Los Angeles at the end of April 1985 – the very same week that Prince also recorded “Kiss” for his own Parade album.”

“‘Holly Rock’ was recorded for inclusion on the original soundtrack for the 1985 movie Krush Groove,” the Prince estate states. “While Prince gave Sheila E. sole writing and producer credit, he actually produced the track himself and co-wrote it with Sheila. Though not a hit at the time, the electrifying full six and half-minute version has become a firm fan favourite due to the scarcity of copies of the soundtrack.”

The collection Originals featured Prince version of 15 tracks that he wrote and gave it to other artists to record, such as the Time’s “Jungle Love,” the Bangles’ “Manic Monday,” Sheila E.’s “The Glamorous Life” and Sinead O’Connor’s “Nothing Compares 2 U.”