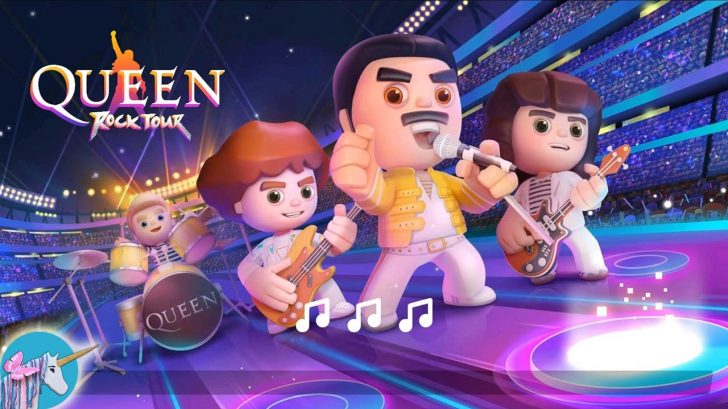 Now available on iOS and Android, “Queen: Rock Tour” is the first official Queen game to be released. The game’s release has been scheduled to celebrate the band’s 50th anniversary this year.

“Queen: Rock Tour” will give players the ability to recreate snippets of the band’s iconic styles, while dressing up their outfits. Players will be able to play as Freddie Mercury, Brian May, John Deacon or Roger Taylor, and they will perform at 10 historic venues around the world, recreating the band’s iconic tours.

In the purest “Guitar Hero” or “Rock Band” style, but designed solely for mobile devices (Android and iOS), the game allows users to immerse themselves in the world of Queen, earning points and advancing by playing 20 of their hits best known, including “Bohemian Rhapsody,” “We Will Rock You,” “Radio Ga Ga,” “I Want to Break Free,” and “We Are The Champions,” as you perform at 10 historic venues around the world.

The launch of the game, described as “fun, addictive and intuitive”, comes after the ‘Rhapsody’ tour was postponed until next year 2022 due to the restrictions derived from the coronavirus pandemic, so ‘Queen: Rock Tour ‘will be a great commercial bet during this year.

Keep going for the trailer below: