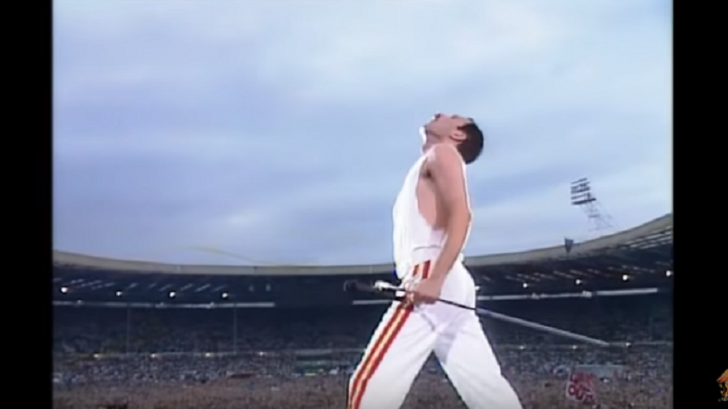 They Were Truly Something Else

Freddie Mercury’s one of those artists who sound so much better live, as did the rest of the group. He could take a song then transform it into something magical. And Queen never really gave out a less-than-stellar performance – they were always all-out on stage. No one left disappointed after watching them perform.

Queen’s official YouTube account released this compilation of some of their greatest musical moments and we’re left in awe. From Wembley 1986 to Rock in Rio 1985 and pretty much everything amazing in between, this only proves that Queen remains unmatched in the live performance department. Besides, their 20-minute jaw-dropping number during the 1985 Live Aid concert is still pure magic.

“To actually sing something thatʼs an integral part of whatʼs going on, you know, and the song [We Are The Champions] seems to convey that anyway, without us thinking about it. Thatʼs whatʼs magical, and I think thatʼs going to probably bring tears to my eyes, I tell you, when I do it.” – Freddie Mercury

Every other member in the band is just as talented but somehow, Freddie always stole the spotlight. He knew what the audience wanted and he gave it to them. The voice, stage presence, charisma – he was the total package. And even in the company of other rock greats, he stood out.

“I don’t really take myself that seriously anymore… I couldn’t get any more theatrical, I just think it’s the way I want to perform. It’s grasping a song and delivering it the way I feel. I don’t like sitting on a stool and doing a whole performance.” – Freddie Mercury

Performers should take down notes. Even with his health already deteriorating, Freddie went up there and gave it his best shot. His passion for his craft showed each time he performed. And that’s one of the things that made him a legend.