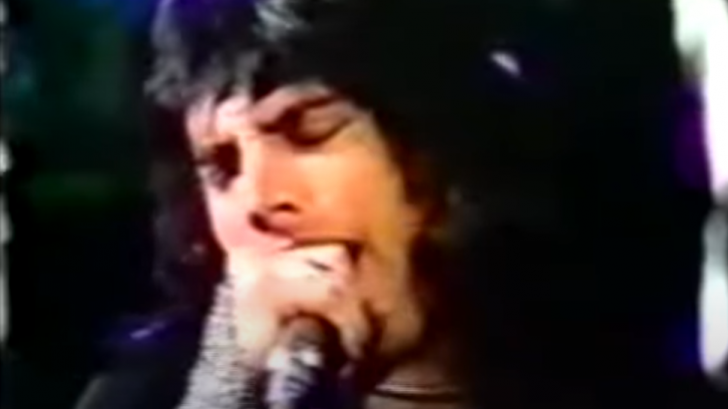 Queen was officially formed in 1970, but its history began in 1968 when Brian May and Roger Taylor created Smile, and after its ashes came to the story of one of the best rock groups.

Following the successful additions of John Deacon and Freddie Mercury, as well as the name change to Queen, May and Taylor were able to plan their future as a band.

After their first show in 1971, Mercury, May, Taylor, and Deacon began a tour that took them to various places in their country.

In 1972 they signed a musical contract with Trident Studios; a British recording studio that helped them record and releases their first album, ‘Queen’, in 1973. Only a year later they managed to make their first appearance on the small screen within Top Of The Pops; a famous British television show that shows artists performing their songs.

This participation in the popular television show, presented a great step for the band, as they were at a key moment.

Queen, an emerging group status that was still looking for a chance to achieve stardom, appeared on Tops of The Pops in 1974. The song they played in the music program was “Seven Seas Of Rhye”, whose instrumental version was included in the band’s debut album and later appeared -already with lyrics-, on the Queen II album.