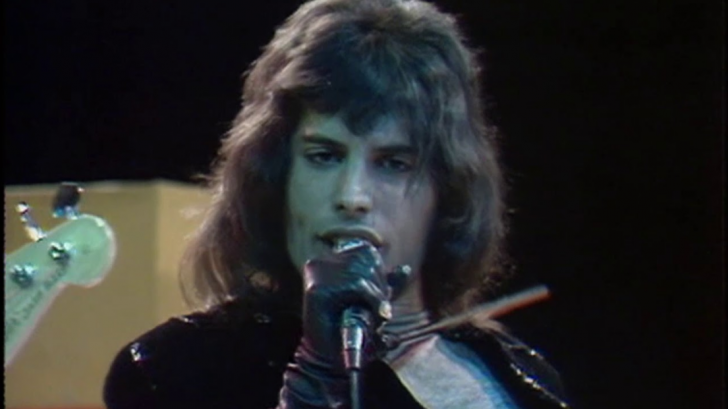 In Queen’s first TV appearance, they’ve performed “Killer Queen” featured on their 1974 album. One of their first international hit and also reached #2 in the UK and their first US hit.

During Queen’s performance in the UK music show “Top Of The Pops,” Freddie can be seen wearing a luxurious fur coat and showcasing his antics and vocal chops.

Brian May on Killer Queen:

“‘Killer Queen’ was the turning point. It was the song that best summed up our kind of music, and a big hit, and we desperately needed it as a mark of something successful happening for us. I was always very happy with this song. The whole record was made in a very craftsman-like manner.

And of course, I like the solo, with that three-part section, where each part has its own voice. What can I say? It’s vintage Queen.”

When the song was released, there was no official music video for the song, but back in 2008, Queen’s Offical Youtube Channel uploaded their 1974 live performance of “Killer Queen” and it was their first TV Appearance. The video uploaded on their channel reached over 92 million views. It only shows that Queen had a huge impact on music in general.