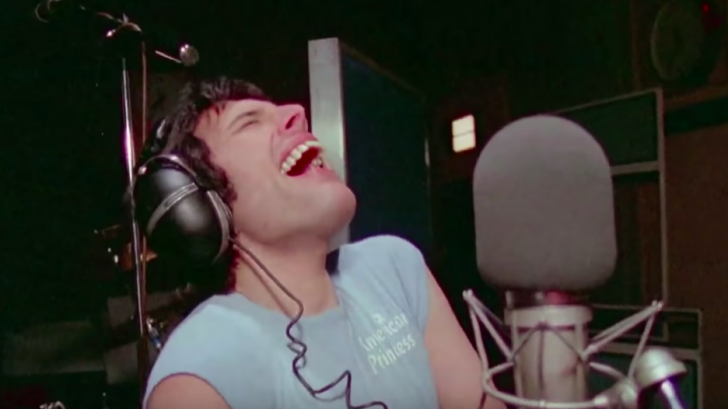 Queen gives us a countdown of the songs from their wide discography that are considered hidden gems of their career. The video is directed ad narrated by Simon Lupton and lists the songs that are not necessarily the biggest hits the whole world is familiar with but those that are fan favorites and those that have become staples of Queen’s live shows.

The first one is “Stone Cold Crazy” which is the first track to be credited as the first Queen composition. It was said that it could actually be described as thrash metal even before the term was coined! The song was covered by Metallica which won them a Grammy award. Metallica frontman James Hetfield performed the track with Queen at the Freddie Mercury Tribute concert in 1992.

The second hidden gem is Roger Taylor’s “I’m In Love With My Car” which, despite the funny and albeit shallow name, is a true rock heavyweight showcasing Taylor’s drumming talents and vocal abilities. The song, which was actually inspired by one of the band’s roadies quickly became a fan favorite.

Next up is John Deacon’s “Spread Your Wings” which is the first Queen single to not have any backing vocal. The video looks so similar to their “We Will Rock You” music video because both were actually filmed on the same day in Roger Taylor’s snowy backyard. Something different to their usual sound is the jazzy bluesy “My Melancholy Blues” which really showcased how Queen is able to take any style of music and totally make it their own.

John Deacon has admitted that his favorite Queen track is the Brian May penned song Dragon Attack which was written in a drunken group jamming session. It’s become a regular in live shows.

Inspired by the African famine crisis, “Is This The World We Created?” is powerful ballad written by Brian and Freddie. The message of the song remains relevant today as the day it was written,

The fan-favorite “Princes of the Universe” reached a cult status because of the film “Highlander” and the accompanying music video which featured a duel scene between Freddie Mercury and the film star Christopher Lambert.

The song just utterly showcases how much of a powerhouse band Queen really was.