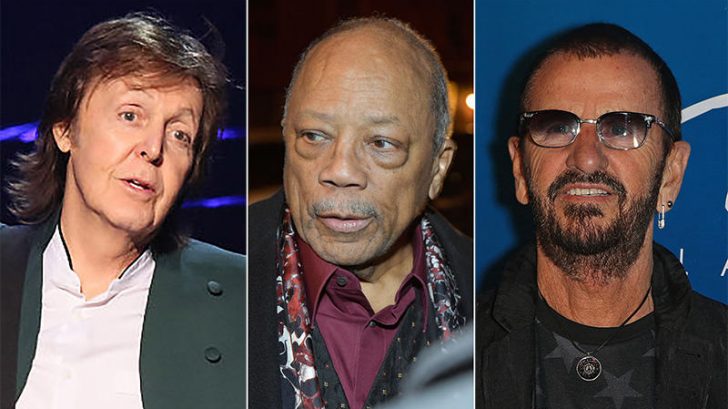 Veteran producer Quincy Jones took to his Twitter account and issued a public apology for recent interview comments in which he struck a number of artists, which includes the Beatles.

In the interview with Vulture, he’d called the British band “the worst musicians in the world” and “no-playing motherfuckers,” adding that “Paul [McCartney] was the worst bass player I ever heard. And Ringo [Starr]? Don’t even talk about it.” He also slammed U2’s recent albums and put down Michael Jackson and actor Marlon Brando.

Jones said in his Twitter post that his children had set up a “family intervention” after his interviews.

The 85-year-old veteran producer added that, even at his age,

“‘Word vomit’ and bad-mouthing is inexcusable. When you live a public life you have a responsibility to be an example, and since I do live a public life, I wanted to make a public apology. I am sorry to anyone to whom my words offended, and I’m especially sorry to my friends who are still here with me and to those who aren’t.”

Jones said he’d made private approaches to some people to apologize personally, and emphasized that he hadn’t had a drink in three years, he said he’s learned some valuable lesson.

“I want you to know I hear you,” he said. “I hear ALL of you. … I encourage you all to please grow with me and keep on keepin’ on. Love, an 85-year-old bowlegged man who is still learning from his mistakes.”

What do you think about his apologies? Comment down below.