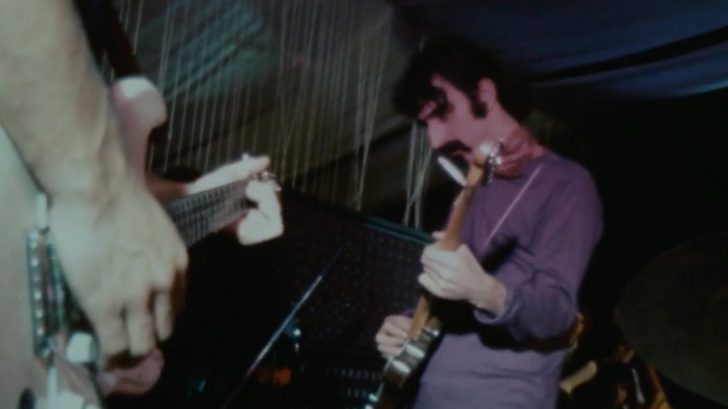 On October 25, 1969, two of the biggest rock artists of the decade Pink Floyd and Frank Zappa played “Interstellar Overdrive” at the Actuel Rock Festival,  which was considered to be the first ever major rock festival in France. The five-day festival was sponsored by the Parisian youth culture magazine “Actuel” and was Europe’s version of the Woodstock ’69. Initially, the festival was supposed to take place in the city of Paris but because of the May riots from the previous year, French authorities did not allow the festival to be held and thus it was moved in Amougies, Belgium instead, just along the border of France.

For years, this collab was dubbed as the “Zappastellar Overdrive” and the bootleg audio was already a rare gem in itself, but thanks to the wonders of the internet, the even more rare footage of the jamming session has surfaced for the rest of us to devour.

“Frank Zappa is really one of those rare musicians that can play with us. The little he did in Amougies was terribly correct. But he’s the exception. Our music and the way we behave on stage, makes it very hard to improvise with us.”

WATCH: Rare footage of Frank Zappa jamming 'Interstellar Overdrive' with Pink Floyd in '69. Zappa had no recollection of the event.