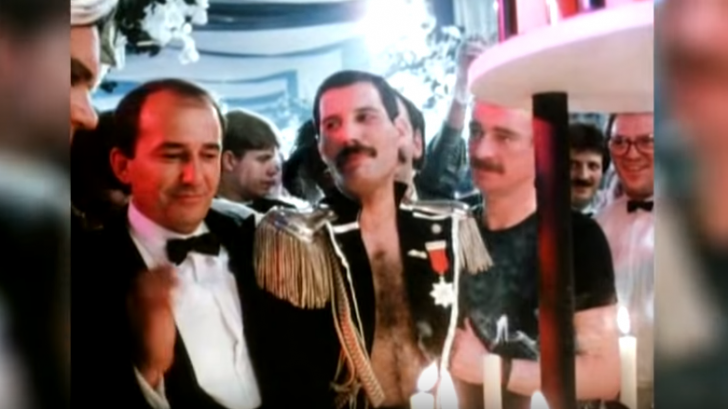 Paul Prenter: He Wasn’t Just A Manager But A Greedy B*s*ard

Freddie Mercury strikes everyone as a highly artistic and very talented person. He had many visions, ideas, and a lot of passion and surely did make them come true. Freddie, as people who know him personally, described him as a perfectionist when it comes to many things, especially to his craft.

We all know that he was a great performer and incredibly charismatic, though very resistant to share the deeper side to his life and personality.

Behind his loud and flamboyant stage persona. He managed to avoid things which involves anything beyond on-stage and his music.

He’s a great showman who knew how to entertain his audiences, as he also wanted to be entertained by entertaining and lived life to the fullest.

Freddie was generous, kind and a reasonable and because of that he almost cost him his fortune.

Meet the man, who almost ruined his life (or actually ruined it), in the rare video below. Paul Prenter with Freddie Mercury.

Prenter was Freddie’s manager from 1977 to 1986, and if you watched the biopic movie Bohemian Rhapsody, it suggests, he influenced Freddie Mercury with a lot of (bad) things. Prenter influence towards Freddie wasn’t just in his music career, they were also somewhat lovers.

Paul Prenter was known as the man who betrayed Freddie by selling his information to “The Sun.” After that, Freddie couldn’t forgive him when Prenter tried to contact him and was explaining that “The Sun” pressed him. Freddie lost his trust and was done with him.

Prenter died in 1991 due to AIDS complications, a few months before Freddie Mercury.

Keep going for the rare video below: